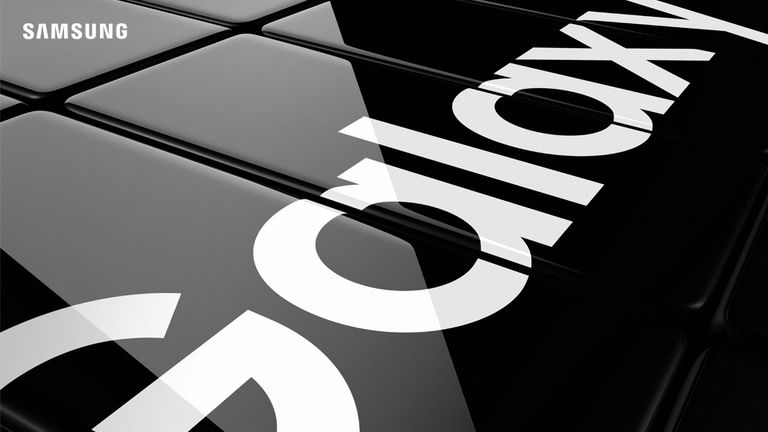 Samsung will hold its next Galaxy Unpacked media events on February 20, 2019, where the South Korean company is widely-tipped to unveil the Galaxy S10 range, which is believed to consist of four separate handsets.

Ahead of the Galaxy Unpacked events, which are scheduled in San Francisco and London, a steady stream of whispers around the as-yet unannounced handsets have appeared online. But now we have our first clear look at the Galaxy S10 Plus.

A photograph shared on social news website Reddit show someone using what appears to be Galaxy S10 Plus on a bus. The handset in the stealthy shot tallies with almost all of the rumours we've heard around the S10 Plus so far, including the all-screen design, and the never-before-seen pill-shaped cut-out in the top right-hand corner to house the dual front-facing camera system.

The photograph has generated a huge amount of interest on Reddit and kickstarted a torrent of speculation about the upcoming flagship handset.

One Reddit user, who claims to work for Samsung and to already have a Galaxy S10 Plus to test ahead of the official announcement next month and roll-out worldwide in March, posted: "This is the 10+. Look like a worker on bus to/from Suwon campus.

"He has the security case on (flip cover, folded corner on left), but he removed the security software that puts watermark/employee+deviceId on screen. Lot of trouble for that

If the above comment is correct, whoever has been caught using the Galaxy S10 Plus could be in some real trouble for unmasking the next-generation flagship smartphone ahead of its announcement.

It's currently unclear exactly what new features this dual-selfie camera set-up will enable, although it seems likely it will allow Galaxy S10 Plus owners to take Live Focus photographs – portrait mode images with a bokeh blur behind the subject – from the front-facing camera. Samsung uses two rear-facing cameras on certain handsets – Galaxy S9 Plus, Galaxy Note 9 – to enable this effect.

The Seoul-based company debuted a dual-selfie set-up on its Galaxy A8 Plus smartphone, which launched earlier this year. The dual-camera on that handset was used to bring Live Focus mode to selfies. According to Samsung, "It blurs the background, adding bokeh so you and your friends stand out. Afterwards, you can readjust the focus to your taste."

According to another commenter on Reddit, who claims to work on the Bixby voice-activated assistant, added some anecdotal evidence about using the S10 Plus inside the company to test the handset:

"[It's] good! Lighter than Note 9 but about the same size. Dont notice the hole at all, though i havent tried many games/videos since the security watermark makes that annoying. OneUI feels polished. Pretty darn fast.

"But like the last few generations of everybody's phones, the differences arent HUGE.

"Except the fingerprint reader under the screen. Shit's cool. Though face recog is usually faster, and it's a little hard to find the spot with the sensor when the UI doesnt guide you to it from the lockscreen"

The Galaxy S10 Plus will purportedly sport a 6.44-inch display AMOLED display – that's ever-so slightly bigger than the 6.4-inch display on the Galaxy Note 9, which traditionally offers a much larger display than the Galaxy S handsets in a bid to appeal productivity-focused users.

Just like the Galaxy S10 Lite and Galaxy S10, these gains can be attributed to the Infinity-O display design, which can be viewed in the Reddit image. Although, we're not entirely sure that Infinity-O is the right name for the screen on the Galaxy S10 Plus, since the cut-out will be decidedly not shaped like an "O".

The oblong-shaped cut-out is an innovative new design we haven't seen from Samsung, or any rival handset manufacturers. It seems like a clean way to ensure the maximum amount of screen real estate can be squeezed into the smartphone without sacrificing new features, like dual-selfie cameras.

The Galaxy S10 Plus will also purportedly boast an in-screen fingerprint sensor – bringing the handset on par with rivals like the Huawei Mate 20 Pro and OnePlus 6T.

The South Korean company is purportedly working closely with Qualcomm, which recently unveiled a new ultrasonic scanner system, which can read and authenticate fingerprints through a glass display, on-stage during its annual Technology Summit.