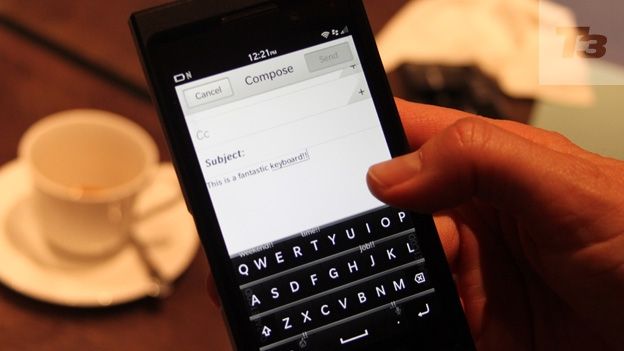 BlackBerry 10 will be launched on January 30th along with two new BlackBerry 10 phones as RIM looks to claw back its position in the smartphone market.

The all-new operating system is a complete departure from the BB OS of old with the company looking to create a fully touch optimised OS whilst still retaining the keyboard and email-focused attributes that the previous versions had.

BlackBerry Flow is the new UI which allows users to seamlessly swipe between apps and menus without ever having to go back. This is then all centered around the Hub which can be accessed at any point and gives information on texts, calls, emails and more.

In order to maintain its image as a smartphone for business BlackBerry 10 comes with a partition system called BlackBerry Balance which splits work accounts with personal accounts letting users switch securely between the two modes.

Whilst there has been no official word on specs for the new BlackBerry smartphones it's rumoured that the devices will come sporting specs that are competitive with the current market including a Retina-beating screen.