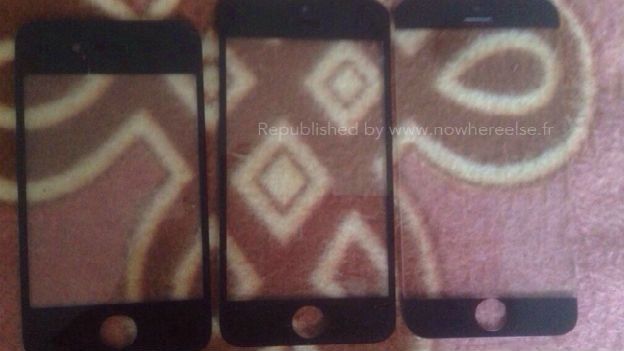 An image has leaked online purportedly showing the display size of Apple's next iPhone, alongside an iPhone 5S and an iPhone 4S for comparison

Apple's iPhone 6 has been the subject of rumour pretty much since the American company revealed the iPhone 5S and the iPhone 5C last year.

According to new photos that surfaced on Chinese forum WeiPhone, one of Apple's next iPhone models will boast a bigger display even though the chassis won't be any larger than the iPhone 5S.

Oh, We're saying "one" of Apple's next iPhones because other rumours seem to indicate that Apple will be releasing two new iPhones this year, as it did in 2013.

But, back to the images - it appears that Apple has completely removed the side bezels in order to widen the screen on the new model. We've posted the picture above with the new iPhone 6 display appearing on the far right.

Cupertino appears to have shaved some space away from the top and bottom of the screen - giving a larger display whilst keeping the 123.8 x 58.6 x 7.6mm dimensions of the iPhone 5S.

Of course, this could be a fake image created by someone who has tampered with and refitted the glass. Or it could be a prototype display that Apple has ordered from Chinese suppliers.

One of the criticisms that was levelled at the iPhone 5S was that Apple hadn't offered a larger screen and with the likes of the Samsung Galaxy S5 and forthcoming HTC One 2 boasting larger, clearer displays, the pressure will be on Apple to produce something similar for the iPhone 6.

What would you like to see Apple include in the iPhone 6? Let us know in the comments box below.