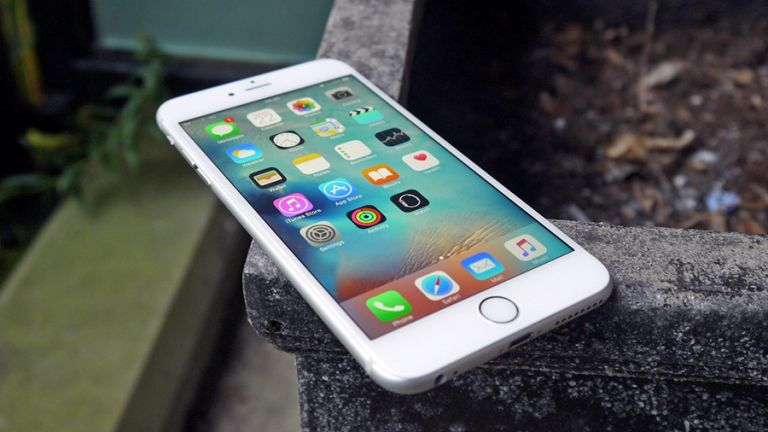 Every smartphone maker, Apple included, has a fight on its hands to stay relevant - and thinner chassis sizes and pressure-sensitive screen technology will only get you so far. Some out-of-the-box thinking is what's really required, and we're happy to oblige.

If Tim Cook and his engineering team won't make the bold calls then we will - the iPhone turns nine this year and it's about time we saw some real innovation again. Read on for some of our left-field suggestions (all in a tongue-in-cheek spirit, of course).

Sure, the iPhone 6s can tell you what the weather's going to be like, but can it help you do anything about it? An integrated rain canopy that expands at the touch of a button may add some size and weight, but it'd be worth it.

Imagine your Android phone-toting friends struggling home through the rain and snow while you shelter under your iPhone's built-in umbrella. If it won't fit in the phone itself then surely an official case would work.

Let's forget about 3D Touch and Lightning headphones, because the iPhone really needs to go back to basics - and we're talking about an audible horn that warns people you're in the vicinity and in a rush to get somewhere.

Get slow pedestrians and dawdling cyclists out of your way or announce a birthday speech, it's up to you. The horn could even double as an alarm clock, though it's going to add some serious bulk to your otherwise svelte handset.

The smartphone has already done a fantastic job of reducing the number of gadgets we need to carry around with us, and the next logical step seems to be to tackle the issue of hair removal on the go.

An integrated iPhone epilator would help both men and women blast away unsightly hairs without any fuss. No doubt everyone would want to borrow your phone as a result, but be careful who you lend it to.

The first Star Wars came out in 1977, so why are we still waiting for a phone that can cope with some basic holographic projection tasks like R2-D2? We've seen a few efforts in this direction, but nothing fully functional so far.

At the moment, if you're an iPhone user with a holographic recording made by a princess stranded out in space, you've got no way of playing it back - and we think that should change. Can Apple make it happen?

Everyone needs a little more Star Trek in their lives, so we humbly suggest adding a tricorder to the iPhone - that multi-function scanning and recording tool that proved so useful in so many episodes of the sci-fi show.

Whether you're taking your Apple iPhone with you to explore distant planets or you need to quickly find out whether your eldest child really is too sick to go to school, the extra functionality could prove very useful indeed.

Every time a new iPhone is unveiled by Apple we hear about bumps in megapixel count and better low-light photography, but what about something truly innovative? And by that we mean X-ray capabilities.

You would effectively get your own superpower by buying an iPhone: find out if you've packed your Kindle without emptying your suitcase, scan for broken bones from the comfort of your home, and so on.

If there's one thing holding the iPhone back it's this: a lack of versatility. Sure, it can handle phone calls, texts, apps, photos, movies, music and so on, but what if you're lost somewhere out in the wilderness?

We'd like to see Apple take a Swiss Army knife approach to the next iPhone - think blades, tweezers, magnifying glasses, screwdrivers, can openers, pliers, wire cutters and more that pop out of the unibody aluminium shell.

If radios can be powered by hand cranks then so can smartphones - imagine running out of juice on a night out and then using a few turns of your wrist to recharge your iPhone's battery and get your device going again.

No doubt the naysayers will say it can't work or is going to look too unwieldy, but what's wrong with having a detachable crank you can keep in your pocket? You need never have to hunt for a wall socket ever again.

Broken iPhone screens are an all-too-familiar sight nowadays, but there's a simple solution to the problem of smashing handset screens - miniature parachutes that deploy as soon as the device is dropped.

Admittedly these little canopies are going to have to open themselves up pretty fast, but the sensitive instruments inside the iPhone should be enough to sound the alarm as soon as the device goes into freefall.

Okay, we've come up with some weird and wonderful ideas for Messrs Cook and Ive to consider, but for a really outlandish suggestion, what about this one? Home screen widgets for iOS, from calendars to weather forecasts.

Yes Apple, it's finally time to let go of the standard grid of icons and notifications and let us take more control over the way our home screens appear. It would be ripping off Android, but there's no shame in that.