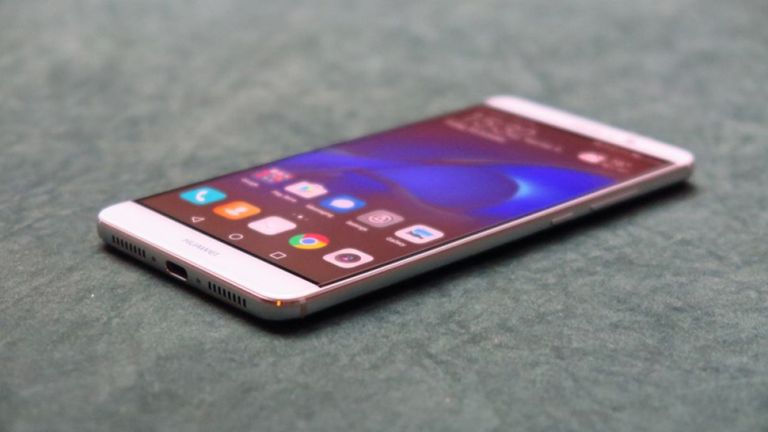 The Mate series is Huawei's big phone or 'phablet' series - its own Galaxy Note 8, if you will - and we're treated to a new Mate phone every year.

We were impressed by what the Chinese company had to offer with the Huawei Mate 9 (above) last year and we're hoping that the follow-up is even better - this is what we've heard so far about the design, specs, and other features of the forthcoming Mate 10.

The Mate 10 launch takes place today - 16 October. Follow the event LIVE from 1pm BST, 2pm CEST, 8am ET with this livestream from the Munich launch.

As we've said, these phones typically feature the best of what Huawei has to offer, outpacing even its regular flagships in terms of specs, size and battery life. Huawei already launched the rather excellent Huawei P10 (above) back in February, with its dual-sensor camera setup, 4GB of RAM and its own-brand Kirin 960 processor. Phones like the P10 have helped Huawei catch up to Apple in terms of the volume of phones shipped, though they're both still behind Samsung.

For the Huawei Mate 10 then, you're looking at something that improves both on the Huawei Mate 9 and the Huawei P10: it's going to be the most powerful mobile device Huawei has ever launched, in other words.

And the Mate 10 is going to have to be very, very good to make an impact, because it's up against the likes of the LG V30 and the iPhone 8 Plus, as well as the Note 8 from Samsung. 2017 has been a fantastic year all round for big phablet phones.

We've seen quite a few leaks and rumours about what to expect from the Huawei Mate 10, but they don't all necessarily agree and line up with each other. One of the more reputable unofficial renderings to make it online (above) shows a fingerprint scanner below the screen and a 5.9-inch display, which matches up with the Mate 9 from last year.

We've got our fingers crossed that the 1080 x 1920 HD resolution of the 2016 model gets bumped up this time around, but so far all we've heard is that the vertical pixel count might get a small boost to 2160 pixels (so a 2:1 aspect ratio).

Other rumours suggest Huawei is going to follow the likes of Samsung, LG and Apple in building the Mate 10 with a bezel-free design, so the front of the phone is basically all screen. The same source says four cameras are going to be packed into the device - two on the back, like last year, and two on the front, so you can capture those selfies in greater detail than ever before.

Another way those rumoured dual sensors on the front of the camera might be used is in an advanced facial recognition system, similar to the one Apple has built into the iPhone X - speaking to Bloomberg, company exec Richard Yu has said the Mate 10 would beat the latest iPhones in a number of areas, including photography. Time will tell.

Under the hood the word on the Huawei street is that the Mate 10 will be the first phone to feature the Kirin 970 processor made by the company - the chip is already official and combines some blazing-fast speeds with extra AI smarts for the future of mobile. Last year's Mate 9 (above) featured the Kirin 960 CPU from Huawei, which itself proved no slouch in benchmarking tests.

Other rumours we've heard about the Mate 10 suggest the Android Oreo version of Huawei's own Emotion UI won't be ready in time, so it's going to be Android Nougat on board the phone when it launches. Huawei has also teased a redesigned lock screen, where wallpaper colours gently bleed through the text on the display.

So when can you expect to see the Huawei Mate 10 appear? And how much are you going to have to pay for it? No fixed date has been set by Huawei yet, even though it has confirmed a Mate 10 is on the way, and the best guess we have at the moment is 16 October based on a couple of tip-offs. That would be earlier in the year than previous Mates, which usually arrive in November.

It'll almost definitely be out sometime during October or November, and as for the price, you can expect it to be pretty steep, though maybe not Note 8 or iPhone X steep - the Mate 9 (above) appeared with a sticker price of $600 or £579 so expect something in that kind of area or maybe a little more.

An expensive phone then, but maybe a little cheaper than the other high-end phablets on the market from Huawei's rivals. As usual, you might be able to shop around for decent discounts and deals from network operators to knock that down a little bit.

Whether you're interested in picking up the Huawei Mate 10 as your next handset, or you just want to know how it stacks up against your own phablet of choice, keep your eyes on T3.com - we'll bring you all the official news and updates from Huawei as we have them.