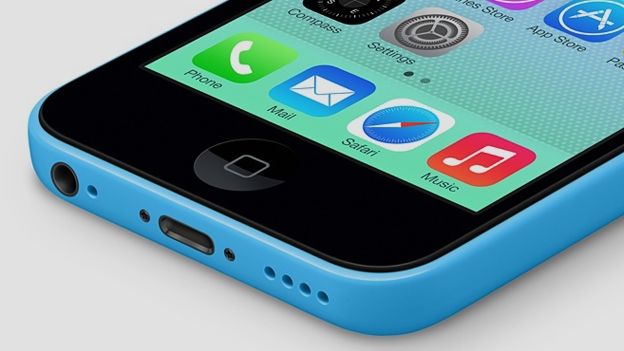 T3's Jeff Parsons argues the case that the iPhone 5S and iPhone 5C are the right products for the right time...

This evening we've seen Apple reveal two new smartphones at the same time - and we can be sure that the tech industry will spend the next few weeks examining both the iPhone 5S and the iPhone 5C in minute detail.

It's true that we pretty much knew the score before Tim Cook even stepped on stage. But now that everything's out in the open, my gut reaction is that Apple has made a shrewd move by offering a bit of choice to consumers.

Admittedly, a "budget" phone coming in at £469 is a bit of an ask - but Apple is taking a step outside its usual fare with the 5C and I'm firmly of the opinion that more options for us punters is a good thing. The less said about those cases though, the better.

If you're a die-hard Apple fan then you're going to be looking at the iPhone 5S with some serious hunger. I am, admittedly, a little stumped that Apple didn't include NFC but, then again, I wasn't expecting a full-on A7 CPU upgrade either.

Whatever your smartphone persuasion, a 64-bit computing architecture is reason enough to be curious about how the iPhone 5S will perform out in the real world.

Likewise, the fingerprint scanner is sure to spawn some interest and I wouldn't be surprised to see some other manufacturers attempting to add the equivalent to their own phones. Rightly so, it's a useful addition and a damn good feature.

Whether Apple really leads the smartphone industry any more is debatable - the HTC One currently sits at the top of our magazine's smartphone guide each month, and with good reason.

But it seems Apple has taken on a bit of feedback and embraced the idea of giving people an alternative to the 5S which is, at a £549 entry price and a £709 top price, an extremely premium smartphone.

According to Tim Cook, the iPhone 5 had the most successful first year of any iPhone in the company's history. So, I'll be watching with interest over the next year to see how the two new additions to the family get along. But the first impression is both a good one.

What are your thoughts? Read our iPhone 5S hands-on preview and let us know over at the T3 Facebook page or on Twitter.

Jeff Parsons is News Editor of T3.com and can be found tweeting here.