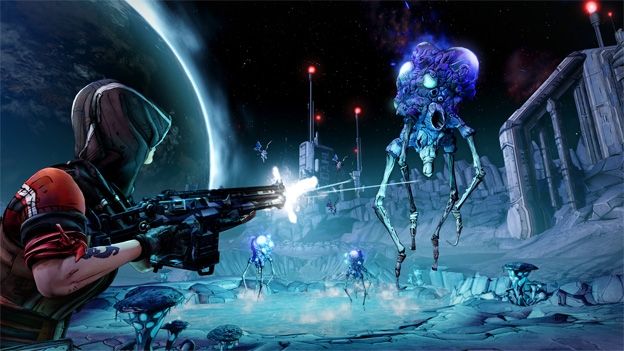 E3 2014 is now just a few weeks away and what can you expect? Assassins leaping around Paris and a scientist weilding a crowbar would go down a treat..

The biggest video games Expo, E3, is just over a month away (where the hell is this year going?) and both players and journalists are waiting with baited breath to see what the industry has in store for the show floor.

With both Sony and Microsoft releasing their next-generation consoles last year, the battleground for dominance in the console war has shifted from hardware to software. Microsoft unveiled a massive raft of exclusive titles at last year's Expo, and Sony knows if it wants to maintain its lead over its rival, it'll need to show players it can compete in terms of exclusive IP. Nintendo, as always, will march to the beat of its own drum, although some killer software to help out the rather tepid sales of the Wii U probably wouldn't hurt.

Elsewhere we'd expect to see a mixture of new IP and new instalments in established franchises. We'd also like a hands-on with some of the titles that were announced last year. Top it all off with some new indie titles and some amusing peripherals and our collective E3 desires could be satiated.

At the time of this writing, Sony has a big lead in the console wars. Helped in no small part by a canny marketing campaign, a price point cheaper than that of its nearest rival and a ton of mixed messages from Microsoft, the PS4 has shifted a whopping six million units worldwide. However, while the PS4 is awash with great – and stunning-looking – titles from third-party publishers, Sony exclusives have been met with rather tepid reactions. Killzone: Shadow Fall, Knack, Resogun and InFamous: Second Son are all fun titles, but none of them are exactly killer apps.

To maintain momentum, Sony needs to put its best foot forward in the form of some exclusive PS4 titles. Two new IPs, DriveClub and The Order: 1886, look like tantalising prospects, and we've yet to have a hands-on with them. We also know there's a new Uncharted title in the pipeline, but we've seen nothing of it apart from a brief teaser trailer. We'd also like to see a title or two for Sony's recently unveiled Project Morpheus VR headset. Oh – and if there's any news at all about The Last Guardian, we wouldn't mind hearing that too.

Microsoft may have fumbled the ball somewhat in its console launch last year, but even its most ardent critics can't argue that it showed its strength in terms of exclusives. At last year's E3, Microsoft showed trailers for an enviably long list of games for the Xbox One and – here's the kicker – most of them haven't been released yet. Sunset Overdrive, Quantum Break, Project Spark and a new Halo game haven't hit sales racks yet and one can only hope that they'll be playable on the show floor this year.

The Xbox community has also heard whispers of a new Gears Of War game in development – now that Epic Games has relinquished the IP to Microsoft – and newly installed Microsoft head Phil Spencer has said fans should expect further exclusives at this year's E3. For our money, we'd like to see a new Shenmue title – pie in the sky stuff, we know, but it could happen – and would someone please make another Viva Pinata game already?

Nintendo, as has been mentioned, does its own thing – which makes its E3 plans exceedingly hard to predict. The publisher also habitually plays its cards incredibly close to its chest, so most speculation concerning the possible contents of Nintendo's E3 keynote boils down to speculation and fan wishes.

Mario has already had a brilliant outing on the Wii U platform, so it falls to fans to cast an eye at the Nintendo franchises that haven't leaped on to the next gen machine. The Legend Of Zelda has had an HD port, but no new IP announced. That having been said, a port of Skyward Sword or Twilight Princess would probably satiate the fan base momentarily. It also wouldn't hurt to see a new – or ported – Metroid title announced.

The biggest problem for Nintendo – and for its fans, by extension – is that many Western developers seem to be holding the console at arm's length. For our money, expect to see a mixture of Nintendo ports, a couple of exclusives and a some third party games from Japanese developers. Another title from Platinum Games wouldn't go amiss!

It's possible Seattle's finest may give the E3 expo a swerve. After all, Valve has already primed the hype pump with a fantastic showing of its Steam Machines at this year's CES. Right now, the developer doesn't really need an E3 coming out day; it's already on the radar and most of the third party Steam Machine developers are falling over each other to show off their wares. Still, if Half Life 3 is in any shape to be shown to the public, Valve could become of the belle of the E3 ball with one showing. Yeah, right! It'll probably never happen.

One of the more interesting major players in the big league publisher bracket, Ubisoft seems to have accomplished what most of its competitors dream of. It bangs out annual iterations of massive money-spinning franchises – Assassin's Creed, Rabids, Just Dance – while still finding the time to create new IPs that players become incredibly excited about – The Crew, Watch Dogs, Tom Clancy's: Division. So, really, given past form, Ubisoft is pretty easy to call. It's only failing is its ability to convince all of us that U-Play is either necessary or indeed worthwhile.

We expect some new details about the IP announced last year, some hands-on with The Crew and The Division, some new details about the forthcoming Assassin's Creed: Unity and… more brand new IP to wow us into submission. Come on, Ubisoft, don't disappoint us. (Oh and if you could actually get around to making Beyond Good & Evil 2, that'd be lovely).

There will be FIFA. There will be Madden. There will be NHL. There will probably be a shooter of some description – possibly military-themed, possibly not – and there may be a Need For Speed game – the movie was terrible, but it made its money back. EA has big guns and it shows them off every year. BioWare has announced Dragon Age: Inquisition and there are rumblings that a new Mass Effect game is in the pipeline.

What we'd like to see, though, is another Titanfall. Another Bulletstorm. Another new IP that looks and sounds like EA hasn't forgotten how to take chances in the market. While it may be in most hipsters'crosshairs, it's worth remembering that EA used to be a company that was prepared to hurl out new IP at a clip. With a new generation of consoles in the market, we're hoping that EA has locked and loaded a raft of new IP for gamers. Hey, they gave us Titanfall. What's next?

Of all the major publishers, Activision is probably the easiest to predict. Skylanders, Call Of Duty, Destiny and anything Blizzard is working on that they can't be bothered to save for BlizzCon will probably be on show. A hands-on with Destiny would be nice, as would a COD demo that shows the latest caretaker of that particular shooter franchise can revive its flagging fortunes. We'd also, naturally, love to see a new IP from this gaming behemoth. But we're not counting on it…

Over the last few years, Bethesda has knocked E3 out of the proverbial park. In 2011 it had Prey 2, Skyrim and… er, Rage. Last year it had The Evil Within, The Elder Scrolls: Online and Wolfenstein: The New Order. As rumour territory goes, Bethesda's is the most fertile, with stories concerning a sequel to Dishonored, Prey 2 and a new Doom title all in play. Of course we'd love to see one of Bethesda's biggest franchises make an appearance. Fallout 4, anyone?

Borderlands: The Pre-Sequel has been revealed. Evolve is out of the hype gate and running. 2K also just announced Civilization Beyond Earth, which should see release around autumn time. A hands on with any or all of these titles would be nice – as would the news of what we can expect from NBA 2K15 and WWE 2K15.

E3 2013 was all about showing off hardware. Now that the next gen has become the current gen, publishers and developers are jockeying for position on the new platforms. Warner Bros has a Mad Max game and Batman: Arkham Knight to promote. Konami will likely be placing Metal Gear Solid 5: The Phantom Pain at the forefront of its stall. Disney will likely be rolling out more characters and content for Disney Infinity. The Witcher 3 will probably get another outing – we'd love a hands-on – and any news of Cyberpunk 2077 would be welcome indeed.