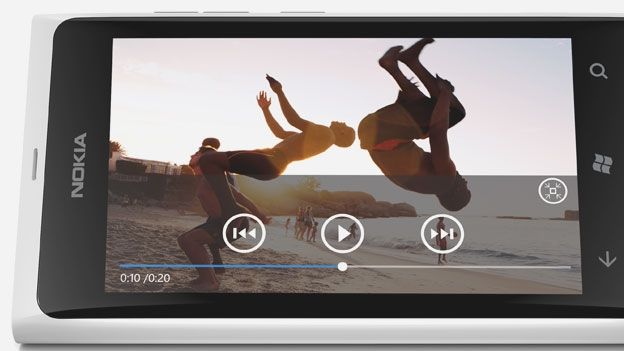 Nokia has confirmed it is to add a fourth colour variant to its hugely successful first Windows Phone offering, with a white Nokia Lumia 800 UK release date set for early March.

Bringing a number of rumours and continued speculation to an end, the Finnish phone manufacturer has officially outed the white Nokia Lumia 800 with the lightly hued handset to join the current, black, cyan and magenta offerings.

Sporting the same internal tech as its predecessors the white Nokia Lumia 800 boasts only aesthetical changes with the matt finish on current models to be replaced by a sleeker gloss finish.

“Since we began selling it late last year, the Nokia Lumia 800 has received rave reviews around the world,” said Ilari Nurmi, Vice President of Product Marketing, Nokia. “Now in white, the Lumia 800 brings with it a more premium look and feel with its gloss finish, and is packed with power and performance underneath its sleek body.”

Speaking with T3 recently an official Nokia spokesperson hinted at the potential arrival of further varyingly hued Lumia 800 handsets stating: "The Nokia Lumia 800 is made available initially in black, cyan and magenta – but we aren't ruling out the possibility of other colours in the future."

Available for pre-order now via Phones 4U the White Nokia Lumia 800 will be available for purchase in early March with the handset to be made available free on a number of contracts starting from just £20.50 per month.

Officially unveiled alongside the Nokia Lumia 710 late last year and having reportedly shifted more than a million units, the Nokia Lumia 800 is a powerhouse of the mobile market and the first Windows Phone 7 handset to capture the interest of the masses.

Touting a stunning 3.7-inch ClearBlack AMOLED display the Nokia Lumia 800 plays host to a 1.4GHz processor with an 8-megapixel rear-mounted camera landing on the rear with an LED flash and Carl Zeiss optics.

What colours would you like to see Nokia adopt for its stunningly crafted flagship Windows Phone handset? Let us know via the comments box below.