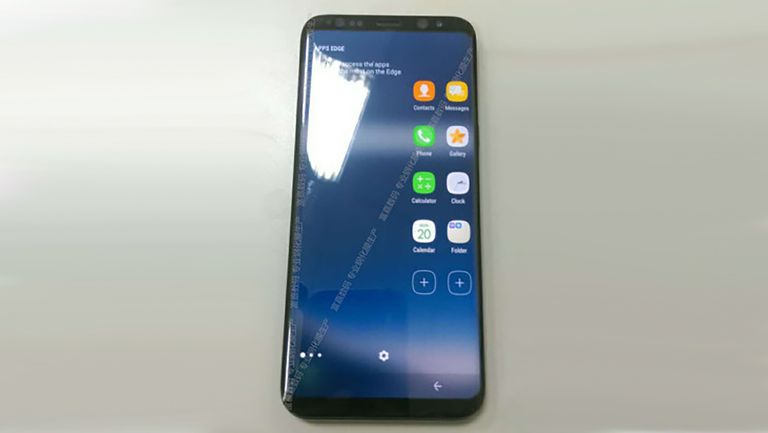 Samsung is all set to reveal its Galaxy S8 soon and leaks are getting more and more frequent with the latest showing off the phone in action. Specifically the photo shows how the Korean company will work around the lack of front buttons on the handset.

The image, leaked on SamMobile, clearly shows the phone with that bezel-free screen looking very similar to the case leak yesterday. This adds weight to both leaks and helps verify what we’re seeing here.

The back button is clearly shown as an icon on the phone’s screen. It sits at the bottom right, as is the way with all Samsung handsets, but without looking like stock Android. That suggests we’re looking at the latest version of the Samsung TouchWiz UI overlaid on the Android 7.0 Nougat OS.

Also shown off is the side menu bar with various icons, something which the current Galaxy S7 edge also offers.

The top bezel appears to show off a selection of sensors and, potentially, two front facing cameras. Although that could simply be another type of sensor.
Samsung is expected to unveil the Galaxy S8 officially on 29 March for an on sale date in April.