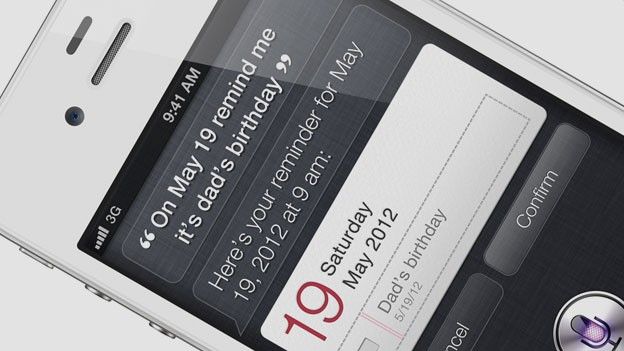 Just weeks after its release Siri is being hacked left, right and center with developers able to do some remarkable things..

Siri is a testament to the way Apple has strived to make our lives easier, by creating a software feature that lets you do less. However even Siri has it's drawbacks, and sadly it can't do everything. With that in mind we've accumulated all the best Siri hacks so we can see just what Siri is actually capable of.

In this latest hack we see a developer hack into Siri's proxy and use it to control Plex on the TV. He's then able to search by film, episode or channel, in this case demonstrating the rather impressive recognition skills to find an episode of Seinfeld.

This has come after mobile developers Applidium have cracked the protocols used for Siri which potentially means that if the right application was built, you could have Siri working on an iPad 2 or Android device.

The developers worked out that Siri in fact does a lot of its work via Apple's own remote servers, which also explains why Siri won't work if you don't have a 3G or Wi-fi connection. They then discovered that if you could work out the correct code to talk to these servers then it could be sent from any device, not just the Apple iPhone 4S.

While the majority of how it works is so technical we're still recovering from the headache reading it, the summary is that unless Apple finds some way of protecting Siri's servers from communication that isn't from an iPhone 4S you could potentially see hacks that allow Siri to work on an iPad 2 or even a Samsung Galaxy S2.

The video shows both the Apple iPhone 4S screen and also the computer which is logging all the traffic that goes between the phone and the servers with the developer able to write and add his own instructions to Siri. We then see him ask for the temperature in the house and then change the temperature all just by asking Siri.

The potential for this is enormous with many wondering if Apple will ever open up Siri to developers, allowing them to integrate its voice recognition into their apps.

In this video one particularly imaginative individual has managed to harness the power of Siri into controlling his vehicle. By connecting Siri up to his Viper remote-ignition system the car can be remotely turned on, locked, unlocked and turned off all by using Siri on the iPhone 4S.

On of the things that many fans have been crying out for is Siri on iPhone 4 or Siri on iPad 2, well while this app may not offer that just yet what it does offer is remote-control of your iPad 2 via your iPhone 4S. By opening up the presentation application the user is able to speak commands to Siri and Siri then relays this to the app, telling it to change to the next slide etc.

Finally here at T3 we asked you what top questions you'd like to put to Siri and well, we tried it out, here's what Siri was able to come back with...