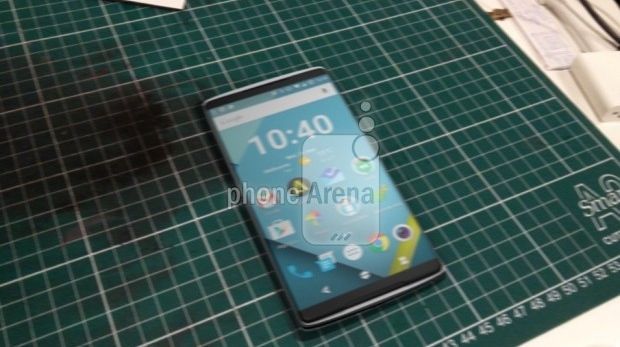 TheOnePlus 2isn't due to be unveiled until July 27, but these leaked shots give us a pretty good idea of what it'll look like.

They're a bit blurry, but you can make out the slim bezels either side of the screen.

It appears to have a nice big display, so let's hope the bezels mean it's less of handful this time (the original OnePlus One was a hulking beast of a phone).They come courtesy ofPhoneArena, and show the handset's front and back.

The back has a wooden finish, though whether that's actually wood or a wood effect, we don't know. The top circle is the camera lens, while the bottom is most likely a fingerprint scanner. Though OnePlus could have taken a leaf out of LG's book, and added rear controls, as the South Korean company did with the G4.

Sadly, there's no word on the specs. Rumours say the OnePlus 2 will sport a screen somewhere between 5.5 and 5.7 inches in size. Inside will be a Qualcomm Snapdragon 810 chip, along with an octa-core CPU and an Adreno 430 graphics chip. It will also have the new reversible Type-C USB connection, making it one of the few gadgets to sport that port (the others being Apple's MacBook and the HP Pavilion x2).

Great. Now if only it'll let us buy the phone without an annoying invite system.

Don't forget to read OnePlus 2: everything we think we know