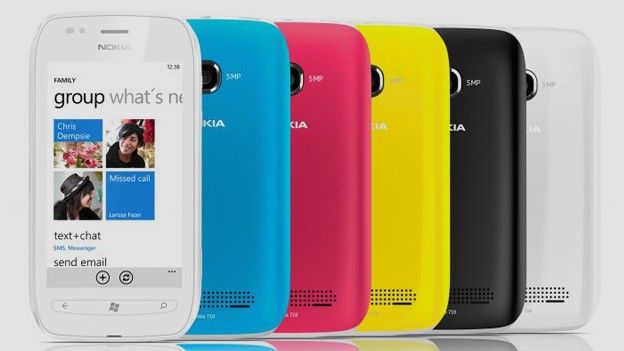 Following its official unveiling back in October and having seen its higher specced sibling the Nokia Lumia 800 shift more than 1 million units since launch the Nokia Lumia 710 has been released in the UK for the first time.

Available as of today the Nokia Lumia 710 marks Nokia's second UK available Windows Phone device following the well received Lumia 800 and landing after the 4G capable Nokia Lumia 900 was officially unveiled in the US.

"The colourful and affordable Nokia Lumia 710 is a no-nonsense smartphone that brings the Lumia experience to more people around the world," said Nokia.

Hitting British soil some three months after its fellow Windows Phone sibling the Nokia Lumia 710 is now available to buy from a number of UK retailers with wannabe owners able to pick the device up on contracts as low as £15.50 per month from the likes of O2, Thee, Carphone Warehouse, Orange, Phones 4 U, T-Mobile and Vodafone.

Arching back to the Nokia handsets of yore, the Lumia 710 boasts a series of interchangeable and brightly hued fascias with a 5-megapixel rear-mounted snapper handling the device's camera capabilities.

Are you interested in snapping up a Nokia Lumia 710 device or are you happier to plump for its higher end sibling? Let us know via the comments box below.