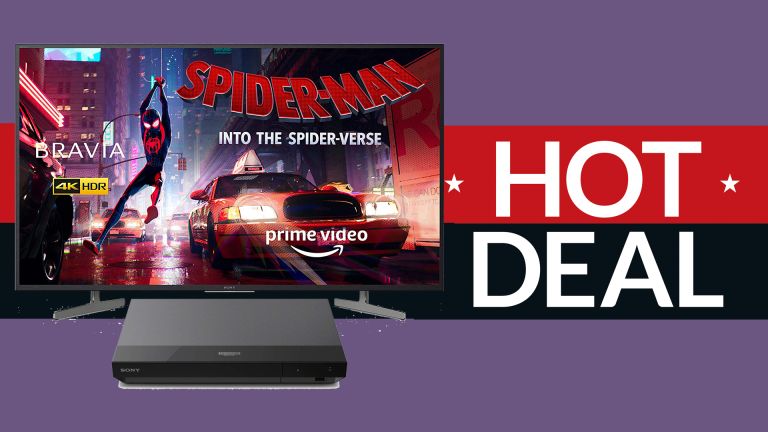 Some say that magic comes true only when Santa rides his sleigh to deliver the best Black Friday deals to good boys and girls. However Amazon has a rather magical/weird 4K TV deal on right now. Let me ask you a question: would you rather pay £649 for a 49-inch Sony LED UHD 4K with HDR, or £619 AND Amazon will chuck in a free UHD Blu-ray player? You do the math; it's like Amazon is paying you £30 to have a 4K Blu-ray deck!

The TV in question is a Sony Bravia KD-XG81and the same deal is available on four screen sizes: 43-inch, 49-inch, 55-inch and 65-inch. One for every room of the house.

The only fly in the ointment is this is a one-day deal only, and we're already half way through that. Just buy one now on impulse; you can always send it back if you get buyer's remorse. The Blu-ray player is this one, by the way.

Sony 65-inch 4K Ultra HD HDR LED TV + UHD Blu-ray player £1,049 | Was £1,198 | Save £149 at Amazon
With HDR, Chromecast built in and 4K resolution, the XG81 is a rock solid, mid-range TV. There's also all the usual gamut of streaming services – Netflix, Amazon etc – including Sony's own one. 65 inches is probably large, although slim bezels mean it should sit in most front rooms without looking outlandish. The addition of a free Blu-ray player makes it better value than usual.View Deal

Sony 55-inch 4K Ultra HD HDR LED TV + UHD Blu-ray player £719 | Was £898 | Save £179 at Amazon
Amazon says this one gets a bigger discount than the 65-inch and whatever the precise accuracy of that claim, there's no denying that £719 for the 55-inch version of one of Sony's excellent mid-range TVs is a good price, when you factor in the free 4K Blu-ray deck.View Deal

Sony 49-inch 4K Ultra HD HDR LED TV + UHD Blu-ray player £569 | Was £718 | Save £149 at Amazon
The smallest TV in the range gets a slightly smaller discount. Despite the reduced size there are still 4 HDMI inputs, 2 USB, and the resolution is still 4K UHD, although you start to slightly lose the benefit of that at this size.View Deal