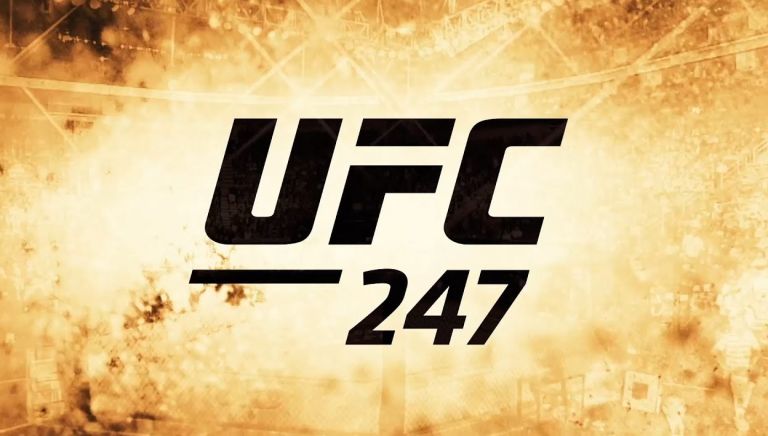 There’s plenty at stake at UFC 247 this Saturday at the Toyota Center in Houston, with the card featuring the first men’s title fight of 2020.

Check out the full main card below and discover why there's so much hype around this event. Then read on for full details on how to get a live stream of UFC 247 no matter where you are in the world (spoiler alert... it's on ESPN+ in the US) with our guide below.

Thirty-two-year-old Jones has won 13 straight UFC title fights and is ranked No. 1 on the UFC's official pound-for-pound list, while California’s Reyes is ranked 4 in the UFC light heavyweight rankings.

Why is Jones vs Reyes such a big fight?

Jones has at times seemed impossible to beat at this level, and a match-up against the ascendant Reyes has many experts predicting it could be the moment the champ finally loses his crown.

Jones has recently faced criticism that he's past his best, but he has maintained his winning streak throughout, taking out each contender thrown at him by the UFC.

Who will win out of Jones and Reyes?

Jones has ever stopped nor outscored during his 26-fight career, with the only negative mark on his record being a controversial disqualification for landing illegal downward elbows on Matt Hamill in 2009.

His last defence of his crown came in July with a narrow split-decision victory over Thiago Santos. While that and his more recent performances haven’t been as assured nor as convincing as the Jones of old, it still remains the case that the most likely person capable of displacing Jones as champ is Jones himself thanks to his notorious knack of finding himself in unwanted run-ins with the law.

That theory looks likely to be tested on Saturday with Jones’ opponent looking like the most dangerous he has faced in some time. Thirty-year-old Dominick Reyes has enjoyed a lightning quick rise to the top of the division in just six UFC fights and is widely regarded as the best natural athlete in the division. Dominant recent wins over Volkan Oezdemir and former middleweight champ Chris Weidman showcased a confident fighter who looks more than capable of ending Jones’ record-breaking winning streak.

The five-fight main card is scheduled to begin at 9pm local time in Texas on Saturday, which is 10pm ET and 7pm PT.

In the UK, you're looking at a very early 3am GMT Sunday morning start. And that's 2pm AEDT Sunday afternoon in Australia.

UFC 247 is taking place at the Toyota Center in Houston, Texas.

The 18,000-capacity venue is the current home of the Houston Rockets NBA team.

Outside of the headline-grabbing main event, there’s will be two other championship bouts on Saturday, with Valentina Shevchenko out to defend her Women’s Flyweight belt against Katlyn Chookagian, and popular heavyweight star Derrick Lewis in action against Sweden’s Ilir Latifi.

Here’s the card in full:

How to watch a UFC 247 live stream in the US

Having snapped up exclusive rights to broadcast UFC events live in the US, streaming service ESPN+ is  the only place to watch UFC 247 main card live and in full in the States.  How much it will cost you to watch their coverage depends on whether or not you’re already an ESPN+ customer.

If you not, then the best way to go is with a UFC Bundle, which will set you back $84.98. As well as giving you UFC 247 PPV, you’ll get a year-long subscription to ESPN+ which would normally cost $50 on its own.

A subscription to ESPN+ also gives you access to exclusive live coverage of over 20 forthcoming UFC Fight Nights, as well as tons of original content including documentaries, classic fights, replays, and the big bonus of less adverts.

If you’re already an ESPN+ subscriber, you can still buy access to UFC 247 for $64.99. The action on the ESPN+ begins with the preliminary fights on Saturday, from 8pm ET / 5pm PT. If you’re going to be outside the US when the fight is on, simply scroll down the page to discover how to use a VPN to watch a UFC 247 live stream from abroad.

How to watch a UFC 247 live stream in the UK

The great news for MMA fans in the UK is that you won’t need to worry about paying out for pay-per-view as all the action is set to be broadcast on BT Sport 2. That means you will, of course need to be a subscriber to BT Sports.

Coverage starts on BT Sport2 with the prelims at 1am, followed by Jones v Reyes at 3am with a UFC 247: Post Fight Show at 7am wrapping things up.

If you're looking to stream the action, the BT Sport app or BTSport.com via your browser is where you need to go, enabling mobile, tablet and PC viewing.

If you not an existing customer the options have opened up a little bit, with BT now offering a no contract option for instant and flexible access. The new BT Sport Monthly Pass costs £25 and allows customers to access all its channels, including BT Sport Ultimate and even some 4K broadcasts, all via the BT Sport App and online. The app is available across a wide range of devices including Apple TV,  smart Samsung TVs, PlayStation 4 and Xbox One.

If you're a BT Sport subscriber but are traveling outside of the UK and want to tune in, it's simple to do – just grab a VPN and follow the instructions below to live stream the action.

How to watch a UFC 247 live stream when abroad

If you're hoping to watch all the action from Houston but are overseas, then you'll be disappointed to see your domestic coverage geo-blocked when you try to stream online. That's when a VPN (Virtual Private Network) can help. It allows you to virtually change the ISP of your laptop, tablet or mobile to one that's back in your home country, enabling you to watch as if you were back there.

VPN’s are incredibly easy to use and have the big extra benefit of giving you a further layer of security when surfing the web. There are lots of options, and we recommend ExpressVPN as our #1 pick due to its speed, security and ease of use. It can be used on a vast array of operating systems and devices (e.g. iOS, Android, Smart TVs, Fire TV Stick, Roku, games consoles, etc). Sign up for ExpressVPN now and enjoy a 49% discount and 3 months FREE with an annual subscription. While its 30-day money back guarantee will mean you can effectively try before you buy.