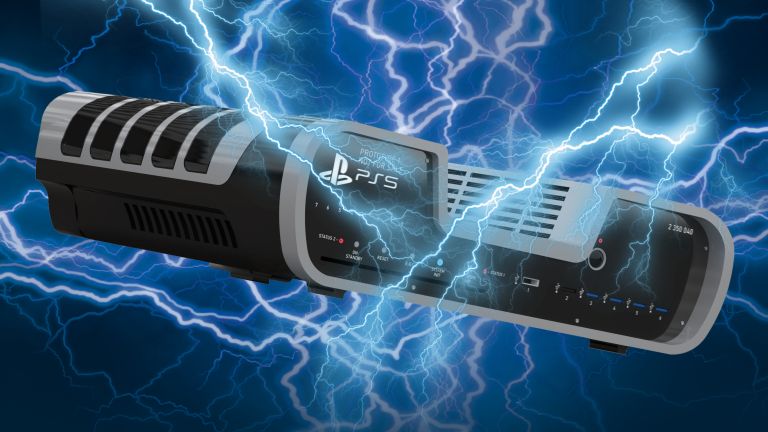 The PlayStation 5 is going to be an incredibly powerful games console when it launches in time for the 2020 winter holiday season, with a suite of advanced components powering a selection of awesome next-gen PS5 games.

And, while we already know quite a bit about the console's hardware thanks to PS5 system lead Mark Cerny soft launching the system back in April, and revealing details like the system will sport an SSD that can load games as much as 18-times faster than the PS4, exactly what gaming experience the new tech will produce is largely an unknown quantity at this point.

Well, thanks to a recent interview with Japanese video game maker Keisuke Kikuchi with GamingBolt, the man behind upcoming PS4, Nintendo Switch, PC and - rumour has it - PS5 game Fairy Tail, gamers should get very, very excited.

That's because as part of the interview Kikuchi spoke about the PS5's Zen 2 processor and SSD storage drive, and was candid in describing what improved gaming experiences we can all look forward to on the hot new console. Regarding the Zen 2 CPU Kikuchi noted that:

"It will greatly broaden the range of depictions and operations, so I look forward to being able to have more natural depictions, and especially those that feel realistic, as if you are there."

In addition, in terms of the PS5's rapid SSD, the prolific Koei Tecmo producer stated that:

"I think that for customers, the unnecessary loading time will be eliminated and the range of depictions will be increased, such as cinematics that go back and forth between multiple scenes."

Which, to us here at T3, is music to our ears. Loading times, even on the world's most powerful console right now, the Xbox One X, are really disappointing. Compare the loads you can get on even a mid-range gaming laptop to that of a modern day console running a, as stock, HDD and it's truly jaw-dropping at just how much slower the latter are.

Yes, sure, you can crack open your console, rip out the old HDD, and then replace it with a new, faster SSD, but that requires time and extra expense. And, as anyone who has done this on both Xbox One and PS4, only the Sony systems make a swap easy, with Microsoft necessitating a full console teardown as well as drive cloning.

And, well, as T3 reported on previously where AMD's third generation 7nm Ryzen Zen 2 processor reportedly returned a benchmark score of roughly four times that posted by the PS4, it always seemed obvious that the fidelity of the virtual worlds delivered on PS5 were going to be far more realistic and immersive than anything console gamers have seen to date. It is therefore very enthusing to hear industry insider Kikuchi get buoyed by prospect of the awesome new game worlds and graphics that will be possible.

Interestingly, Kikuchi also noted something that we hadn't thought of regarding the PS5's new SSD, that it will effectively lead to a vast reduction in the amount of gaming breaks for the player. And this is something that he thinks will make it "necessary to devise ways in game design to intentionally prepare these moments of time/breaks.”

And that is a very nice position to be in for a game developer, not held back at all by creaking gaming hardware, and instead being in a position where you can creatively come up with ways in-game to give players a well-needed break every now and then, which can obviously be more immersive and non-experience shattering than a prolonged black loading screen.

Here at T3 we couldn't be more excited to see the PS5 and get hands on with the successor to the PS4 Pro. Hopefully we will hear more soon, with rumours of a February 2020 tease-reveal currently circulating.