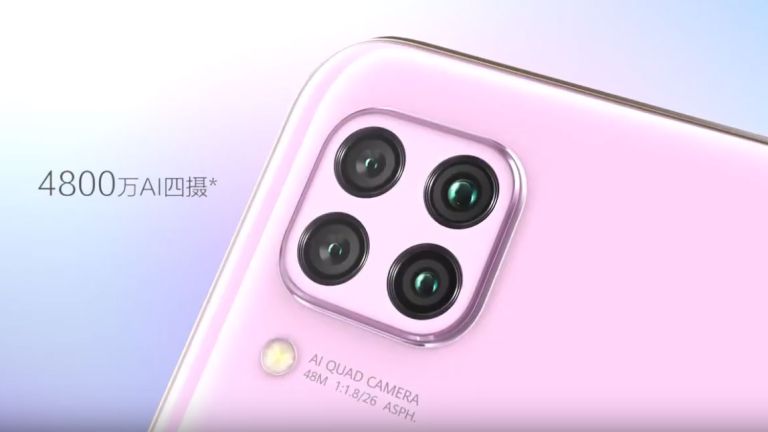 Until recently, the technology news cycle has been dominated by Samsung Galaxy S11 leaks, rumours and speculation. However, thanks to a series of new tidbits of info hitting the net, the Huawei P40 rumour train is beginning to gather steam at long last.

Recently, we've seen images of the P40 Lite (above), a rebranded Huawei Nova 6 SE with a raised square camera module. Now, renders of the P40 itself have been released from news site 91mobiles based on everything we've heard so far, and it reveals a combination of the new and the old.

These new renders from the 91mobiles team are very dark, but they provide a look at one possible version of the unreleased phone, based on the latest leaks and rumours. Check them out below:

An under-screen selfie camera, like the one debuted by Oppo earlier this year, is shown to be part of the Huawei P40, along with a curved screen to maximise screen real estate. The addition of an under-screen camera is impressive, allowing Huawei to get ever closer to that coveted 100% screen-space on the front of the phone.

The camera model is raised and rectangular just like those images of the Samsung Galaxy S11+ leaked by tipster Iceuniverse. However, it's a slightly different shape than the square on the P40 Lite.

Those in the know seem to think this design, following similar modules on the Pixel 4 and iPhone 11 Pro, will be a popular choice for high-end phones in 2020. The raised module has even been tipped before in images from GizChina (seen above).

With Samsung tipped to present its new phone 18 February 2020, we're imaging Huawei will either try and beat the Korean manufacturer to the punch, or be following them very closely behind.

Either way, we're sure to find out soon if this is the direction Huawei's latest phone is heading in. It's said to expand on the P30's already impressive shooting capabilities, so placing a greater emphasis on the camera makes total sense. We can't wait to find out.