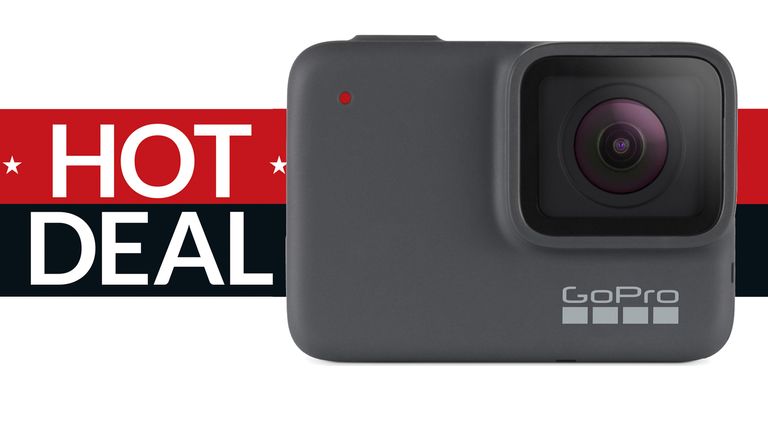 How do you fancy a cheap GoPro camera right now, without waiting for the Boxing Day sales to begin?

Well, you're in luck because the GoPro Hero7 Silver is currently going for an awesome 47% off at Amazon, dropping the price down to £149.00 saving you £130.99. That's the lowest price the Hero7 Silver has ever sold for and the cheapest price you'll find it anywhere.

The GoPro Hero7 Silver is the middle camera in the Hero7 range. There's a Hero7 Black which sits above it and an entry level Hero7 White below it.

Specs-wise, the Hero7 Silver shoots 4K30 video, time lapse video, and 10MP photos. It's rugged and waterproof, and features both video stabilisation and advanced wind noise reduction with 2-mic processing. You can control the camera via the touch screen or voice control.

Hit the link below to learn more about the camera and the deal before it ends.