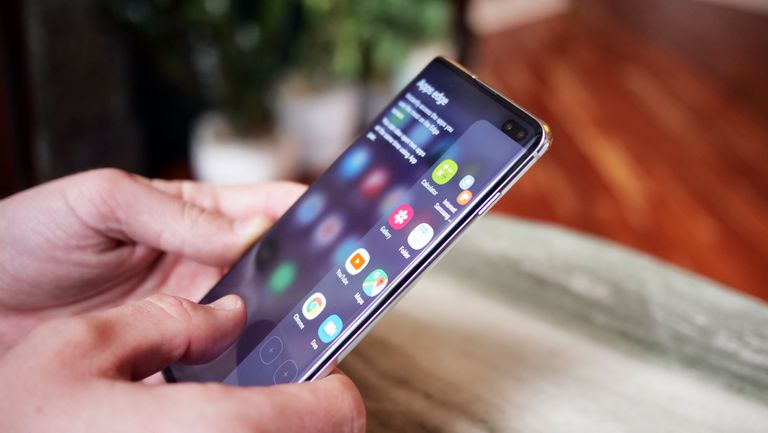 If you're looking for the best SIM only deals, you're obviously a savvy shopper, as you're in the market for a mobile phone plan stuffed with calls, texts, and data for a low monthly fee. By going SIM only and leaving the phone out of the equation, you can often get a massive data allowance for a not-massive price.

Not only do you usually get cheaper deals with a SIM only plan, you can also get rolling 30-day contracts, too – if you suddenly want to switch up or ditch your contract after a few months then you're free to do so, without being tied to a contract for several years.

Retailers obviously want to make these SIM only deals as appealing as possible, which means you can pick up some excellent offers right now – combine it with a great deal on a mobile phone and you really do get the best of both worlds.

Another reason to go SIM only is that these deals are available from all the big networks, so you've got plenty of choice – Vodafone, O2, Three, EE, Virgin, Giffgaff, iD, Tesco and BT all have SIM only deals you might be interested in.

And that's where T3 comes in: we've carefully analysed the deals on every network out there to find only the very best SIM only deals available today. Simply use T3's deals tech below to find and then compare SIM only plans that suit you.

Best SIM only deals: what is SIM only?

The most important bit of your phone is a little chip that you stick inside it: the SIM card. SIM is short for Subscriber Identity/Identification Module, and it’s the key to getting your phone to do anything. Without a SIM you can’t connect to a mobile phone network to make calls or use your favourite apps.

When you buy a phone on contract you’ll be given the appropriate SIM by your network provider, but if you buy your phone SIM-free or want to change providers once a contract is over then you should look for a SIM only deal. That’s when you already have the phone and just need a SIM card to get connected.

Best SIM only deals: which network to choose

The first thing to consider is the network, especially if your phone originally came on contract: many phones are locked to specific networks, so for example a phone locked to Vodafone won’t accept a SIM from Three. That doesn’t mean it can’t accept the SIM, but you’ll need to get the network lock removed by your friendly neighbourhood phone fixer first.

You should also pay close attention to the network’s coverage to be sure you can get coverage in the places you’re likely to be. Many smaller operators piggyback on the big-name networks, so for example GiffGaff uses O2’s network and Carphone Warehouse’s ID Mobile uses Three.

Best SIM only deals: how to pick the right SIM only plan

There are four key things to consider when you’re comparing SIM only deals: price, data, inclusive minutes and contract length.

We’ll start with contract length, because that’s important: some of the cheapest deals depend on you signing a fixed term contract, which may not be ideal if you don’t know what your average monthly usage is going to be. If you can’t predict what you’ll use, an initial one-month SIM only contract makes a lot of sense.

Know what you need

Once you do know your average usage, it’s time to delve into the details. Data is the biggie for us: we regularly use massive amounts of data and leave our mobile phone calling minutes almost entirely untouched. Look at how many minutes you use, how many texts you send and how much data you download and then focus on deals that provide the right amounts of each: exceeding allowances can be an expensive business. Make sure that you know exactly what kind of calling minutes you’re buying too: are your minutes cross-network? Does the text bundle include picture messages, or are they charged at 50p per picture? Always look at the small print to see exactly what you’re paying for and what the penalties are for exceeding any allowances.

The devil’s in the detail

Price sounds obvious, but keep an eye out for special deals. For example, some low-priced SIM only deals offer fairly generous cashback, and others don’t. Some comparison services list effective prices after the cashback is applied, which can distort listings somewhat. Others bundle paid-for services such as Spotify or Apple Music, which can make the deals much more attractive.

Last but not least, don’t forget about SIM size. Older phones’ SIM card slots are larger than the most recent ones, so you’ll need to know whether you need a standard, micro or nano SIM. Some operators offer clever SIMs that can be popped out to make all three sizes.

Best SIM only deals: which mobile phone to use

You can get SIM only deals for almost any phone, but you’ll find the biggest savings compared to contract deals when you’re talking high-end handsets such as the iPhone 11 Pro, Samsung Galaxy S10 Plus, Huawei P30 Pro handsets and so on.

Simply put, by buying your phone and your SIM separately you can save enormous amounts of money, not least because SIM only deals tend to offer more options.

For example, contracts with decent data allowances tend to have very high allowances for calls and texts too, but if you don’t need that you can find a SIM only deal with tons of data that doesn’t expect you to pay for the calls and texts you won’t make.

Basically, it definitely pays to shop around, so once you've found your perfect SIM only deal above be sure to check out T3's curated guides to the best smartphones you can buy, and also the best cheap smartphones on the market, too.