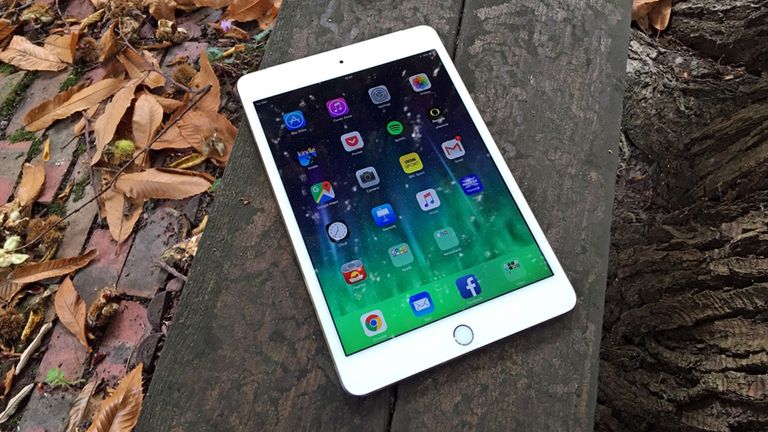 Considering the iPad Mini 4 was launched way back in September 2015 – that's just before The Force Awakens Star Wars reboot hit cinemas – you'd be forgiven for thinking that Apple has abandoned the smallest iPad form factor. Well, as it turns out... maybe not.

The plucky Mini got a (brief) mention during the iPad Pro launch in October 2018 and new rumours have started to swirl about the imminent arrival of an iPad Mini 5. What is this new compact tablet going to offer? Here we'll break down all the speculation so far.

Apple had an iPad event at the end of 2018, so we're not expecting another one in the very near future – though if an iPad Mini 5 is on the cards, it's very probably going to arrive in 2019. The iPad Mini 4 is already more than three years old, don't forget.

Apple likes its March events – it used one last year to launch the entry-level iPad – so we think (probably late) March 2019 is a good bet for the iPad Mini 5 launch date. If not then, it might appear at Apple's WWDC conference for developers that's usual held in June, but that's less likely.

What about a price though? At £399/$399, the iPad Mini 4 will actually cost you more than the 9.7-inch iPad (£329/$319), and chances are it's going to stay at this price point or somewhere close to it – especially if it adopts the new iPad Pro styling, with thin bezels, Face ID and all. Packing tech into a smaller space often incurs a premium.

We haven't seen an iPad Mini for so long that we can't really use history as a way of predicting what might happen next. If we had to put money on it though, we'd say the iPad Mini 5 is likely to show up in March 2019 for less than £400/$400.

We haven't heard much talk about a refreshed design or new features headed to the iPad Mini 5. What leaks there have been simply say that the smaller tablet is on the way, and will stick with the same 7.9-inch screen size and 2048 x 1536 pixel resolution. The silver, space grey and gold colour options may well stay unchanged as well.

Recent photo leaks show a largely unchanged chassis, one which sticks with Touch ID and the old-style iPad Mini design, so perhaps the differences are going to be largely on the inside. That might not be very exciting, but it should keep the price down at least.

iPad Mini 5: what we want to see

All the indications are that the iPad Mini 5 is going to be largely unchanged from the tablet that came before it, aside from some internal upgrades. We should also see the new slate offered with a wider choice of storage options too – the ageing iPad Mini 4 can only be bought with 128GB of storage at the moment.

A couple of sources have mentioned the idea of an iPad Pro Mini – we're big fans of the new-look iPad Pro tablets, with the flatter edges and the more rounded display corners, and we think that new design would look great in a Mini format as well. We'd love to see an iPad Mini 5 with minimal bezels and Face ID on board, even if it doesn't look as though Apple agrees with us at the moment.

Another feature we really want to see on the iPad Mini 5 is support for the Apple Pencil: Apple added this to the entry-level iPad last year, so it would be strange for the iPad Mini to remain the odd one out. With Pencil support, you'd be able to do more with a range of sketching and digital art apps for the iPad Mini.

While we're speaking about accessory upgrades, an official keyboard case for the iPad Mini 5 would be a welcome addition, though admittedly the size might be a little cramped. We'd also like to see an upgrade on the 8MP photos and 1080p video recording of the iPad Mini 4, for those of you who must take pictures and video with a tablet.