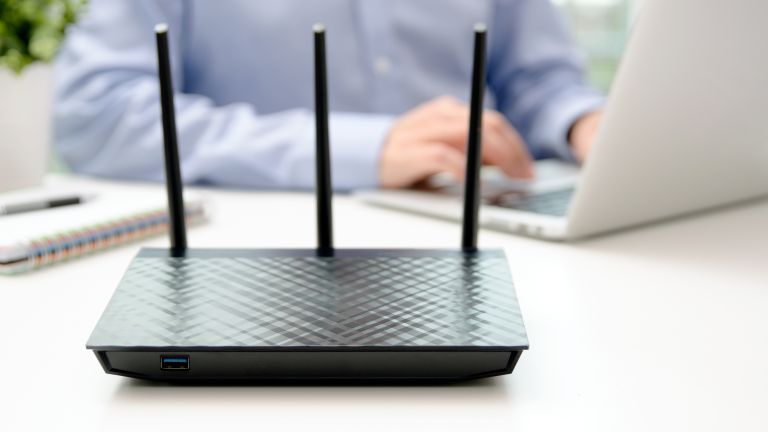 What are the best broadband deals? As much as we would love to give you a simple, one choice answer...it's a lot more complicated than that. With cheap plans, broadband and TV deals, fibre options and blow your head off speed options, there has never been more choice for broadband packages.

Obviously, if you know exactly what you're looking for and just want to see the best prices, this will be easy. Simply make use of our custom price comparison chart below to compare all of the available broadband deals in one place.

Have absolutely no idea what you want/need/like when it comes to internet packages? Consider the rest of this guide as a complete run-through of all of the different factors that make up the best broadband deals.

We've compared the big name ISPs (internet search providers), answering the questions of what kind of speeds are needed and answered the question of what the best value broadband package is.

At the basic level, there are two kinds of broadband speeds - ADSL and fibre. But, as technology gets better, a new third option is emerging in the form of Ultrafast:

ADSL:
When you opt for ADSL, you'll be getting speeds averaging around the 10/11Mb mark. This realistically isn't much. It will get you through the basic tasks of emails, browsing the web and some light streaming.

However when you try and do much past that, you'll start to see your internet struggle. The major benefit of ADSL is just its incredibly cheap pricing, coming way under the cost of fibre.

Fibre broadband:
This is what the majority of people will end up wanting to go for. Speeds can wary massively but most affordable fibre plans will be in the 30-40Mb average speed mark, with faster plans jumping up to the 70Mb+ mark.

While fibre will cost a decent chunk a month more than ADSL, it will prove to be a worthwhile investment for most larger households, allowing for multiple people to stream, game and more at the same time.

Ultrafast broadband:
This option realistically won't apply to most people, with average speeds in excess of 100Mb, it is for those who really need consistency from their internet. If you're having to import and export large files, streaming a lot or just living in a large household, this could be a worthwhile way to go.

Much like the other factors involved with choosing an internet deal, this is a feature that changes completely based on which ISP you choose. BT offers 24 month contracts, Virgin has a mix of different options including 12 and 18 but the majority of providers will put you in for 18.

Using our filter at the top of the page, you can filter to look at the different lengths but the majority will be 12, 18 or 24 months long.

Do I have to pay an upfront fee for my broadband?

The vast majority of broadband suppliers will charge you some sort of fee at the start, sometimes known simply as an upfront costs and sometimes a 'set-up' fee for getting your line sorted and box installed.

However, there are some providers who do away with the starting costs and others who occasionally offer free upfront promotions. The likes of Vodafone, Plusnet, Post Office and Shell Energy don't charge set-up fees.

Can I add TV to my broadband package?

This completely depends on which ISP you are planning to go with. When it comes to broadband and TV deals, you'll see the best options from Sky, Virgin and BT with the most options for including TV plans alongside your internet.

Other providers don't include typical broadband and TV deals but have something similar. Vodafone and EE offer Apple TV with your internet if you pay a little bit more and Now offers its Sky passes - Sports or Entertainment - for an increased fee.

BT broadband deals:
Currently the most popular ISP in the UK, BT will be the first option to pop into most people's minds. Unfortunately, with that kind of brand recognition, BT is by no means the cheapest option around. While they do frequently help lower the costs through the addition of Matercards thrown in on top, they will remain in the higher-end of costs.

For the money you're spending, BT does offer Virus protection, Smart hubs and stay fast guarantees and depending on the package, access to BT's many wi-fi hotspots.

Sky Broadband deals:
Another pricier option on your internet, Sky plans tend to be for those that really want to go all in on their package. Often coming packed with TV passes, speed boosts and more, the costs can quickly rack up on Sky.

But, the factor Sky really has in its favour is the customisation options. You can choose exactly what you want whether you just want internet, internet and access to sports or absolutely everything under the sun.

Virgin broadband deals:
Much like Sky, Virgin is all about customisation and tends to find its best value when TV packages are thrown in. It also offers some of the fastest internet in the UK and the ability to really go all out on your broadband deals.

Pile absolutely everything in with the 'Ultimate Oomph Bundle' (yes, that is the real name of Virgin's biggest package) and you'll get everything from Sky Cinema HD through to a SIM only deal and Ultrafast broadband.

Go all out on Virgin's broadband and TV deals

TalkTalk broadband deals:
TalkTalk, much like the options listed below, is just a plain old simple broadband provider. When you remove the bells and whistles the above providers offer, you are left with some of the cheapest prices on the market.

Go for fibre with TalkTalk

Vodafone broadband deals:
There is one group of people who will benefit more from a Vodafone broadband package than anyone else - existing Vodafone customers. If you're on the Vodafone network you can cut an extra couple of quid off a month of any Vodafone plan.

It has two options - both fibre and both very affordable. In fact, Vodafone tends to be one of the cheapest providers about.

Plusnet broadband deals:
Plusnet almost always has the cheapest plans in the UK...effectively. While you will always be able to get lower monthly bills than Plusnet, we see it frequently throw in a boat-load of cashback across its deals, bringing its price way down.

Save big with Plusnet's cashback plans

Now Broadband deals:
Now has managed to fit into a space in-between the pricier likes of Sky and Virgin and the cheaper Plusnet's and Vodafone's of the world. It's affordable for just fibre or one of the best prices if you throw in a bit of TV as well.

Get both TV and broadband with Now