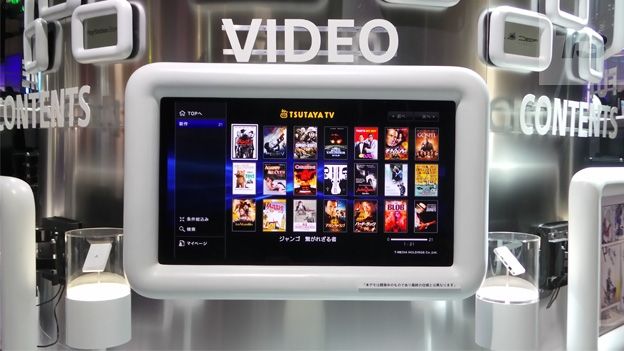 The Sony PS Vita TV is a neat box that lets you play PS Vita and PS Classics on the big screen. T3 went hands-on in Japan...

Announced unexpectedly a few weeks ago, and now shown at this week's Tokyo Game Show, the Sony PS Vita TV is part Ouya-esque micro-console, part second-room mini Sky box set, ready to be released this autumn in Japan in lieu of the Sony PS4 – which goes live in the West first – but with no plans currently for a wider showing. We hope Sony reconsiders, as this is like an Apple TV box with a purpose.

It is effectively a Sony PS Vita without the screen and controls, reduced to a tiny and svelte 6cm x 10cm chassis – that's smaller than an iPhone 5 – which plugs into your telly, is controlled by a DualShock 3 joypad and runs games, TV services and ebooks on your big screen on a budget.

The unit is minimalist and white, ultra portable and flexible, packing an audio jack, HDMI out, memory card slot, ethernet and USB ports, plus a power button along one side, the rest sleek and lacking intrusion. A very small stand can prop up the unit vertically, PS2-style, with the wires running down like a common or garden router. It's really quite cute.

Once inside, the PS Vita TV's menus play out unsurprisingly just like a Vita handheld – same bubble-wrap UI, same selection of Live Tweet, Netflix and photo gallery apps, same choice of games plus a new 'connect to PS4' section. You need a PSN ID to log in, but this means any games bought can be accessed instantly from within the new system.

The first appeal is playing PS Vita and PS Classics games on your big screen – your already downloaded PSN titles sync automatically but also offer smaller developers another way to the main telly, building the community's recognition. The UI looks initially a bit stretched in resolution terms, but games actually run surprisingly well, and if you sync it up to a PS4 you're quickly into the next gen machine's new aesthetic layout.

Also, once Gaikai-powered cloud power hits Sony products next year – in a chat with T3, Sony Worldwide Studios head Shuhei Yoshida confirmed that the OnLive-esque service would be coming to PS Vita, Vita TV, PS4 and PS3 in 2014 – the Vita TV will become an integrated part of an always connected media hub of devices, letting you stream all kinds of games, films, music and more to room of your choice. But alas, there's nothing like that at present.

The second appeal, however, is the PS Vita TV operating as a second entertainment box in the house, Sky-like, streaming PS4 games to a spare room in a Remote Play style when necessary thanks to quick and easy connectivity.

Once the boxes are synced you can not only access the PS4 UI, but also use the DualShock 4 controller for appropriate game interaction, and you can also pause and continue your game in any room you wish with the tap of a button.

It's also possible to have a big-screen multiplayer extravaganza laid on if you have multiple PS Vita owners in the house. At the show we played a mean four-player game of Soul Sacrifice, all running off one downloaded game title, with three PS Vita-sporting adventurers supporting our Vita TV exploits from the comfort of their own handheld, and it ran very smoothly indeed.

As well as the basic model coming in at around £60 if converted from yen, the superior PS Vita TV bundle comes packed with a white DualShock 3 (pictured – plasticky as ever, but a reassuringly classic entry point) and an 8GB memory card for downloads and save games out the box.

While this is an Eastern curiosity at present, we're rather taken with the PS Vita TV. A cheap, sleek-looking alternative that could see off Android-run competitors due to its sterling gaming history and decent streaming options, this new set-top box can be a standalone addition to your entertainment armoury or part of your growing, always-on PlayStation fun palace.

Now here's to the collective praying that it may see the light of day, Brit-side.