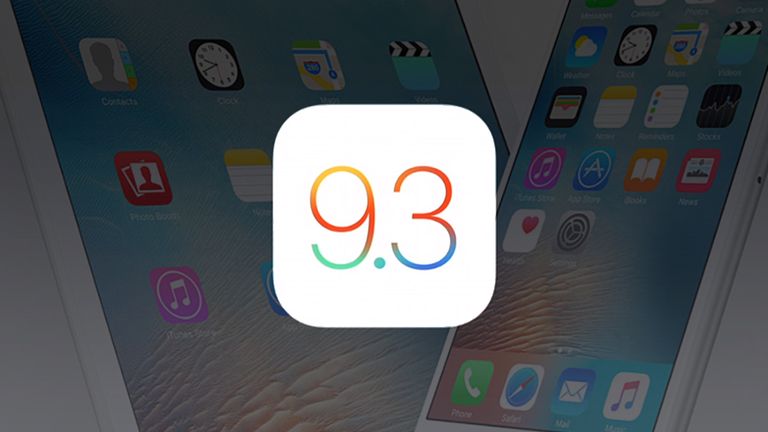 There's a new version of iOS in town, and while it's not a full 1.0 step up from its predecessor, it's still a significant jump forward for Apple's mobile operating system: it includes new features, bug fixes, security updates and a host of little tweaks on top.

For those of you who've been met with the upgrade alert on your iPhone or iPad, here's the rundown on exactly what you can expect once you accept the upgrade - as well as some of the reasons why you might want to delay the installation for a little while.

The headline new feature of iOS 9.3, Night Shift is designed to cut down on the blue light emitted by your device - it's this colour of light that messes with your body's circadian rhythms, and in theory the new feature should help you to sleep more soundly (it's previously been available in third-party apps such as Flux).

The new Night Shift mode is available in the Display & Brightness section of Settings: you can enable it manually or have it turn on automatically based on the time of day, and it's also accessible on the Control Centre panel. The colours of your device's display should become 'warmer' once the Night Shift feature kicks in.

Unlike Google, Apple updates all of the built-in apps that go along with iOS at the same time as the operating system itself, and this time around Notes has got one of the biggest upgrades - you can now protect specific notes you want to keep private with a password or the Touch ID system integrated into iOS.

If you've got notes relating to financial or medical matters then this is a handy way of securing them, particularly if you share a phone or tablet with someone else, and it builds on the big upgrade Notes got with iOS 9. Apple has also made it easier to sort through your assembled notes by date or alphabetically.

There are plenty of other smaller updates to the apps built into iOS. The recently launched News, for example, now suggests trending topics and Editor's Picks for you (and is better at recommending stories, Apple says). Videos now play in the feed and the iPhone version of the app supports landscape orientation for the first time.

Tweaks to the integrated Health app, meanwhile, make it easier to find third-party apps to plug into it; there's also improved support for the Apple Watch. You can save still images from Live Photos in iOS 9.3 as well, plus every album in Apple Music now has stars included so you can see the most popular songs.

While 3D Touch was left out of the equation with the new iPad Pro, it's still very much present and correct on the iPhone 6S and the iPhone 6S Plus. Developers are adding new 3D Touch interactions all the time, and that includes the Apple developers working out of Cupertino on the integrated iOS apps.

You can quickly jump to your medical ID or dashboard page with a hard press on the Health app icon, for example, while new actions have also been added to the Weather, App Store, Stocks, Compass and Settings apps to make them slightly easier to navigate. If you explore iOS 9.3 you'll probably find a few more.

iOS 9.3 comes with a host of smaller tweaks that aren't going to change your life but are handy nevertheless - like the in-app notifications introduced to iCloud to warn you when you're about to run out of space. The fledgling support for public transport in Apple Maps now offers multiple routes, where available.

Mail and Safari now have improved support for external keyboards and there's a new Duplicate button for Photos so you can make quick copies. Plenty of these minor upgrades are spread throughout the iOS 9.3 interface, so you're probably going to come across a few more as you make your way around the new software.

And so to the final question: should you upgrade to take advantage of everything iOS 9.3 has to offer? The answer is usually an unqualified "yes", as every iOS update includes a multitude of bug fixes and security patches designed to make your device run that little bit easier (anything running iOS 9 can be upgraded to iOS 9.3).

However, there have been some reports of minor bugs cropping up in iOS 9.3 - such as links not working in Safari - so you might want to leave it a few days before taking the plunge. Again that's advice that applies to pretty much every iOS update, and Apple is typically pretty prompt when it comes to fixing bugs.

At the time of writing the iOS 9.3 update has actually been pulled for older devices (iPad 2, iPad 3, iPad 4, iPad Air, iPad mini 2, iPhone 4S, iPhone 5, iPhone 5c, iPhone 5s and iPod touch 5G) while Apple works out an activation bug that's been cropping up. We expect a new version will be appearing in the near future.