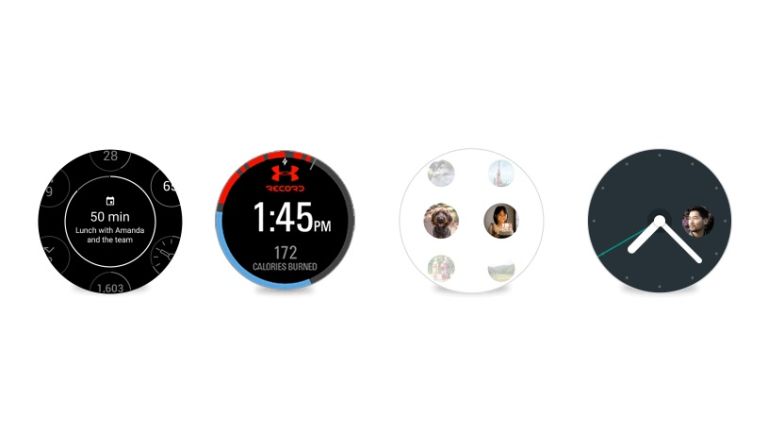 Android Wear-powered smartwatch owners rejoice – Google has just released an update that will make your wearables better than ever, now supporting stylish and helpful interactive watch faces. The even better news is that it's doesn't matter what Android Wear device you have, as the update is coming to all of them.

If the time piece on your wrist supports Android Wear then you'll soon be in for a treat when you glance at your smartwatch, as a new update means you can now change its design with just a tap to view additional information or launch certain apps.

So what do the new generation of watch faces bring to your wrist? Google has revealed on its blog what some of the new and improved interactive faces can do. For example the Bits watch face lets you check weather forecasts, upcoming meetings and more with just a tap.

Meanwhile the fitness tracking Under Armour watch face gives you essential information on your fitness such as step count, calories burned and distance with a few taps to the watch face.

If you're feeling social then the Together watch face lets you connect with another person throughout the day, with the watch face allowing you to share photos and messages with the person who you've paired watch faces with.

Coming to a wrist near you

It doesn't matter what Android Wear device you have, be it a Moto 360, LG Watch Urbane or any of the huge range of Android Wear-powered devices, as Google has promised that the update will be rolling out to every smartwatch.

The new Android Wear update will also bring new translation features as well, letting you speak into your watch and have it read out in another language... perfect for impressing members of the opposite sex who don't speak your language. Well, providing they don't think you're incredibly geeky and unattractive as a result.

The ability to have your watch upgraded and improved for free while you wear it is one of the clear advantages of having a smartwatch over a traditional timepiece – unless you're rich enough to have a Swiss watchmaker scurrying behind you wherever you go.