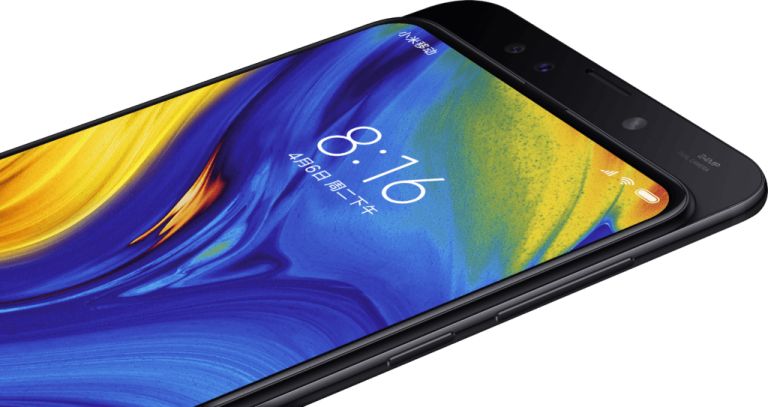 Xiaomi is finally bringing its futuristic Mi Mix 3 smartphone to the UK. The stylish smartphone has a truly all-screen design, with the display bleeding to the very edge of the corners of the handset. Unlike rival flagship devices from Huawei, like the P20 and Mate 20 Pro, there's not a notch in sight.

In fact, there's so little room around the screen that Xiaomi has been forced to relocate the dual-selfie camera and LED flash to a sliding drawer that resides behind the 6.39-inch AMOLED HD+ display.

Xiaomi claims that sliding down the screen is "really satisfying". There are four different preloaded sounds effects included with the device that accompany the sliding motion – including a zing straight from a sci-fi blockbuster, and the sound of a medieval sword being pulled from its sheath.

There's also a load of system functions linked to the sliding mechanism, too. For example, pulling down on the screen will automatically answer an incoming call, or load a quick actions menu from the homescreen. That means you'll be able to easily answer calls while wearing gloves in winter, which is nice.

Powering the Xiaomi Mi Mix 3 is the Qualcomm Snapdragon 845, coupled with 6GB of RAM and 128GB of inbuilt storage. Given that Qualcomm recently announced the successor – the Snapdragon 855 – during its annual summit in Maui, that might be a little disappointing for those looking to cough-up for the flagship device.

Elsewhere, Xiaomi is very proud of the photography grunt of its Mi Mix 3, which boasts dual 12MP cameras on the back of the handset, with a 24MP + 2MP dual selfie set-up on the front, with a light to help illuminate selfies in dingy bars.

Xiaomi says this is the best camera set-up it's ever offered. However, we'll have to wait for a UK launch to put those lofty claims to the test.

On that, Xiaomi isn't prepared to say when we'll see the Mi Mix 3 hit shelves in the UK. According to a spokesperson for the company, it's likely to be "early Q1 2019", but that was a much as they were willing to say.

The Mi Mix 3 will only be available in Onyx Black and Sapphire Blue finishes when it does finally arrive in the UK sometime next year.