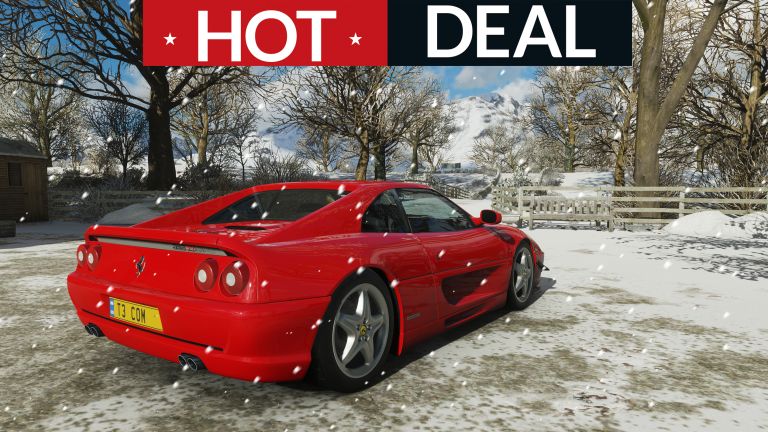 For Xbox and PC gamers Christmas just came early, with T3-approved purveyor of electronic gaming software CDKEYS dropping the price on the Forza Horizon 4 with LEGO Speed Champions DLC bundle to under twenty knicker. For gamers on the prowl for Christmas gifts for either themselves or their friends or family, this deal is therefore an absolute must-see gaming deal.

That's because Forza Horizon 4 is, by a long, long way, the best open-world racing game on the market today, while its LEGO Speed Champions DLC is buckets of added fun. So the fact that you can pick up both right now for just £19.69 is simply remarkable.

To get a sense of this deal's astonishing value, the LEGO Speed Champions DLC is retailing on its own right now at Smyths Toys for £15.99, while the full Forza Horizon 4 game costs £49.99 at Amazon.

This deal bags you them both for £19.69. Yep, it's a proper Christmas cracker of a deal. View the full details below:

Forza Horizon 4 | LEGO Speed Champions DLC | Xbox One/PC | RRP: | Now £19.69 | Available now at CDKEYS
Forza Horizon 4 is the best open-world racing game in the world right now, while its LEGO Speed Champions DLC let's you take your crazy driving exploits into a technicolor world of plastic bricks. Combined they are over a hundred hours of awesome racing, car collecting and tweaking action. And, thanks to this fifth-gear deal over at CDKEYS, you can bag the package for just £19.69. Incredible value. View Deal

In T3's Forza Horizon 4 review we gave the game a maximum score of 5 stars, praising its "dynamic seasons", "450 highly detailed top marques" and "technical showcase in terms of graphics and audio". It's an absolute banger of a racing game, smoking even the legendary Gran Turismo by a comfortable margin. For anyone who likes top racing action and games on PC or Xbox One we can't recommend Forza Horizon 4 high enough.

For even more great Xbox One games, be sure to also take a goose at T3's best Xbox One games guide, which is crammed full of top titles and the best prices on them.