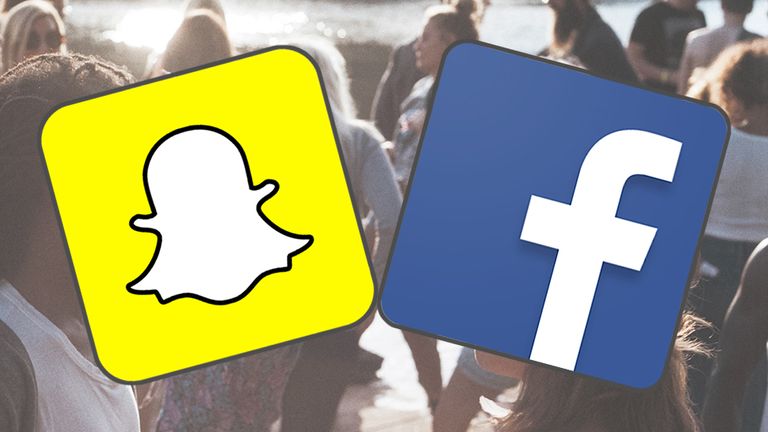 It can be hard to keep up with all the comings and goings in social media land these days - even if Facebook tends to dominate the landscape, you've got numerous smaller networks popping up here and there, and you might be wondering just what they're all offering.

More specifically, you might be confused about why all the kids are on Snapchat or Instagram while the older folk among us are still getting around to signing up for Facebook. Here's our overview of the social media climate as it stands in 2017.

A brief history of social media

With its one-billion-plus user base, Facebook dominates the social networking landscape these days, but it wasn't always that way - in the early 2000s, it was Myspace that everyone was flocking to, itself inspired by an even earlier network called Friendster.

The timing isn't coincidental, because web technologies were developing just enough to allow for a limited amount of interactivity on pages, and as internet speeds improved it became easier to upload and share photos too. We were still a long way off the smartphone then, but the web was becoming more mature.

It was the kids and the young adults who fuelled the success of Myspace and who eventually flocked to Facebook en masse. Mark Zuckerberg's creation opened its doors beyond universities in 2006, and the rest is history.

Facebook's rise has been incredible, though it hasn't stopped other networks from trying to dethrone it. Twitter continues to trundle along, offering something a bit different and more immediate to Facebook, while another promising network called Instagram was eventually bought out by Facebook.

It's probably true to say that Facebook is now too big to fail completely, but it's also true that the web, and phones, and social media, and people's habits are all constantly changing - it's unlikely that what people want from a social network in 2017 is going to be the same as what they want in 2027.

One-to-one messaging, for example, went out of fashion for a while then found itself trendy again, which is no doubt why Facebook decided to spin out Messenger as a separate app and buy up WhatsApp at the same time. The only thing we can be certain of is that the social media landscape will keep changing.

Facebook hasn't suddenly turned into a bad social network, it's just... well... a bit old now. The same features that attracted people in the first place - keeping in touch with friends and family, sharing photos, sharing your experiences - still make it relevant for a lot of people today, but it's just not pulling in younger people in the same way.

Facebook is, for example, easily the best social network to share baby photos on quickly and easily, which perhaps says it all about where Facebook is in 2017. It's also the most feature-packed social network, with groups and events and brand pages and adverts and pages for bars, restaurants, and small businesses - all of which is pretty useful for those of a certain age but mostly irrelevant for anyone still in education.

As we get older, we lose touch with friends and our social circles contract, which makes Facebook's use of real names, and the incessant prompting to connect with other people you might know, and the ease with which you can look people up, very handy for adults who want to keep links with the people they've met down the years.

If you want to find an old school friend then there's a reasonable chance you can do it on Facebook - whereas it's much harder to do on something like Twitter or Snapchat.

Log into Facebook now and you're most likely to see a panel with people you might know and maybe a memory from Facebook past before you get to an actual update from your friends - perhaps a sign that Facebook knows the crowd its appealing to these days. And as older people come online, Facebook is naturally the first place they go to, because it works on their computer and their phone, and all their friends are already there.

Why your kids are on Snapchat

Snapchat's had its problems - most notably Instagram ripping off most of its features - but the app's been largely responsible for a whole new way of sharing between younger people. Whereas the disappearing photo concept seemed a daft gimmick to those who had been on Facebook for 10 years, it immediately made sense to the kids who grew up never knowing a world without mobile phones.

Snapchat doesn't leave a trail of all your posts and photos behind you - there are no memories popping up in your feed. There are also no event invitations, no prompts about people you might know, and very few ads... it's just a much less cluttered, more immediate social experience that the kids have been turning to in droves, even if its overall user base is much less than the one Facebook commands.

Just as importantly, parents aren't on Snapchat watching over every social media move their children make - it's also much easier to hide your social media activity on Snapchat, because only the My Story page is visible to all of your friends at once (Facebook has similar sorts of privacy controls of course, but they're more fiddly to implement).

Instagram is hugely popular with a younger demographic too, for a lot of the same reasons: it's simpler, less cluttered, and more immediate than Facebook, and while photos do stick around rather than disappear, the emphasis is on curating good-quality snaps that are a pleasure to look back on.

That's another reason Snapchat has found an audience - with photos, videos, and messages disappearing by default (though you can save them if you wish), there's less pressure to craft a perfect picture or a perfect status updates. Nothing gets liked or loved or shared, and it's a much more fleeting, ephemeral experience.

No doubt sometime soon another app maker will invent another slightly different way of doing social media, and we'll all have another app to stay on top of (at least until Facebook decides to buy it).