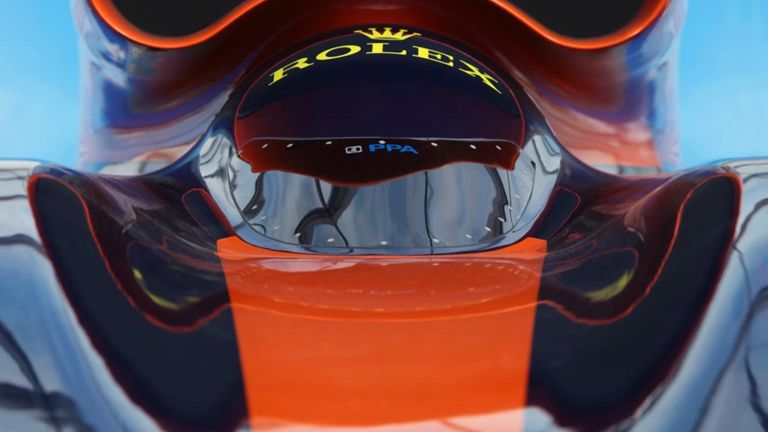 It's the car destined to break the land speed record that seems to have had more false starts then an Olympic sprinter. But it was never going to be simple. Now the team behind Bloodhound SSC has enough cash to complete the mammoth car and has set a date for tests in Newquay in october 2017 – a major milestone on the road to high speed testing at the Hakskeen Pan in South Africa where it's expected to exceed 1,000mph. This would smash the current land speed record of 763mph set by another British car, Thrust SSC, in 1997.

While the new supersonic car may seem to have been in the spotlight for aeons, the notion of a test run next year is worth getting excited about. The car may only be set to reach 220mph initially, but more importantly, the Turnaround Crews will rehearse the 'pit stop from hell' – an intense 40 minute interval in which the car will be checked, refuelled and made ready for its return leg. They are essentially preparing for a 'race within a race' that is essential for setting the record and makes F1 pit stops look like a walk in the park.

Driver Andy Green will then attempt to break the current record in South Africa, while the full 1,000mph bid is scheduled for 2018.

As well as being one of the coolest-looking cars ever built and the most fuel-efficient Mach 1.4 manned vehicle, there are a whole host of incredible facts that make you marvel at Bloodhound SSC's engineering. We spoke to the team's Engineering Lead Commercial, Conor La Grue, to roundup our favourites, from the heat generated by Bloodhound's rockets, to its similarities with the Eiffel Tower.

A record breaker in the making

Bloodhound SSC is designed to go from 0-1,000mph in 55 seconds – far, far faster than anything you have ever seen on Top Gear. It should take 3.6 seconds to do the 'flying mile' on the South African desert racetrack, thanks to its EI 200 jet engine that could suck all the air out of an average-sized house in just three seconds. The car will generate 135,000 horsepower – that's 25,000 more than the QE2, or the equivalent of 205 Ferrari 488s.

The wheels spin so fast they grow

The car's wheels are made from a special alloy of aluminium mixed with zinc known as '7037' and weigh 95kg each. They not only have to carry the weight of a 7.5-tonne car, but also must not fall apart when spinning at over 10,000 rpm - or 170 times a second - when the car reaches its record-breaking speed. Amazingly, the wheels, which are 90cm in diameter, will grow slightly. This is because they generate 50,000 radial g at the wheel rim.

That's the equivalent of saying that something sitting on the rim that weighs the same as bag of sugar when the wheel isn't moving would weigh as much as a full loaded articulated lorry when it's spinning at full speed.

The wheels grow 1.5 millimetres in diameter because of this force and a further 1.5 millimetres thanks to the fantastic amount of heat energy generated thanks to friction as they spin. While 3 millimetres doesn't seem like much, it's important for engineers to take into account, especially for a vehicle aiming for such a blistering speed.

A car so speedy it needs three braking systems

According to the plan, Bloodhound SSC will pull go from 0-300mph using the EJ-200 jet engine, at which point the rocket will be ignited so the two power plants are operating simultaneously, boosting the acceleration to around 2g.

Once the vehicle reaches its maximum speed of 1,050mph, the rocket thrust will be stopped and the jet engine throttled back so the airbrakes can begin to deployed, causing the car to decelerate by 3g.

Bloodhound SSC's airbrakes are the primary brakes, whereby 'doors' slowly extend to bring the car's speed down to 400mph.

When the vehicle slows to subsonic speeds, the aerodynamic drag will reduce dramatically, slowing the vehicle, then the disc brakes can be used. These are fairly similar to the brakes on standard cars.

The supersonic vehicle is also fitted with two parachutes in case there's a problem. These can be deployed when the speed drops below 600mph, to bring the car to an eventual halt, but are only intended to be used in an emergency.

The Land Speed record is calculated from the average times of the car over two runs, completed within the space of an hour. The ability to control the car's stopping, and therefore the turn-round time, is key to the success of the record attempt.

Riveting similarities with the Eiffel Tower

On the face of it, the sleek body of Bloodhound SSC looks as if it has little in common with the Eiffel Tower, constructed 127 years ago. However, it has in common a fantastic number of rivets common – 60,000 compared to the Eiffel Tower's 2,500,000. The car uses aeronautical rivets – a tried and tested technology unsurprisingly used in aircraft – and each hole has to be piloted, drilled and a rivet carefully inserted to be as flush with the body as possible to reduce aerodynamic drag. Taking five to 10 minutes for each rivet, a minimum of 5,000 man-hours or 208 days were spent on this arduous process alone.

The Bloodhound vehicle is powered by two power plants. A EuroJet EJ200 jet engine - as used in the Typhoon aircraft – and a hybrid rocket motor, which will be used for just 20 seconds to accelerate the car to its peak speed.

The rocket motor will use High Test Peroxide (HTP) as the oxidiser and HTPB, an aromatic rubber substance, as the fuel for its record attempt. Incredibly, the inside of the rocket nozzles will be twice as hot as the inside of a volcano at 3,000 degrees Celsius.

Driving Bloodhound SSC will be like driving on ice

If you have ever driven down an icy road, you'll know how difficult it is control a car. Now imagine driving one that weighs 7.5 tonnes and is 13.4 metres long. Conor La Grue said the desert surface Bloodhound SSC will race upon will feel like ice to driver Andy Green. This is because it will be raced upon a mud alkali desert with a top layer of 'biscuit-like polygons' that make it slippery and feel a little bit like walking on crunchy snow. The grip level is much less than driving on tarmac and more like driving on ice, making it hard to steer and change direction easily. While the race will be run on a straight track, Andy Green will need to make a turn at the end of the track, in a 250-metre turning circle so he can repeat the run and hopefully break the record.

When the car reaches 600mph, the wheels will feel as if they are running over liquid, rather than a solid, making the car similar to a boat as it nears its target speed. Engineers learned that Thrust SSC (the current record holder) tilted up so that the wheels lifted slightly at high speeds. Bloodhound SSC's wheels are therefore designed to be a particular shape to grip the desert surface but reduce contact with the liquid-like sand by half and reduce drag too, a little like the hull of a boat lifting out of the water slightly to ease its journey. However, the car must stay in contact with the ground to meet the rules of the land speed record.

A noisy ride with shockwaves above the driver's head

Spare a thought for driver Andy Green. He may be showered in glory when he breaks the land speed record, but doing so will be an uncomfortable process. The intrepid driver will be seated in a canopy, the shape of which is designed to create three shockwaves lose to his head. They are intended to slow the air flowing over the car so it can be used by Bloodhound SSC's engine. While this will enable the car's engine to 'breathe properly' it will make the cockpit incredibly noisy and an unpleasant place to be. The hybrid rocket could be louder than a Boeing 747 jet at take-off, generating 180 decibels, but Andy Green is used to the noise created by fighter jets and will wear bespoke earplugs moulded to his inner ear, as well as cups on top, a fireproof hood and a crash helmet to stop him being deafened by the roar of the engine, airflow and ground noises and so he can communicate with the rest of the team.