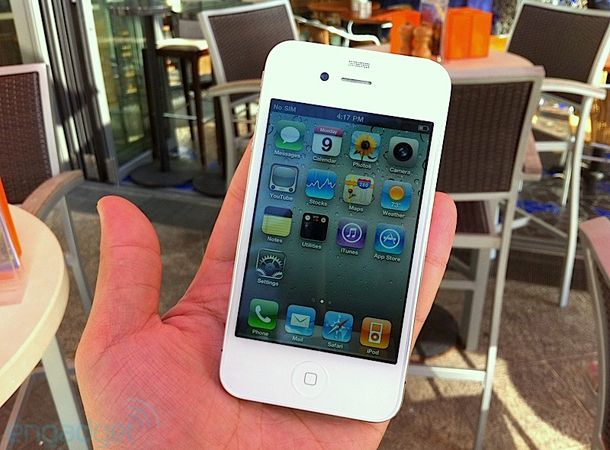 The mythical white iPhone 4, which some say only grows on the south side of a specific mountain, others say will fall from space when the time is right and some claim is just a figment of your imagination, has cropped up on Expansys.

The white version of Apple's current-gen iPhone turned up yesterday for pre-order for an absolutely huge £920. This news exploded on the web last night, which has caused the online store to change its price to the more realistic “Not Announced.”

Quite where this initial price came from, why it's cropped up or – since the iPhone 5 is rumoured for June – who really cares all that much, but either way, Expansys isn't commenting.

Anyone still holding out for the white iPhone 4 is welcome to let us know why on the T3 Twitter feed.