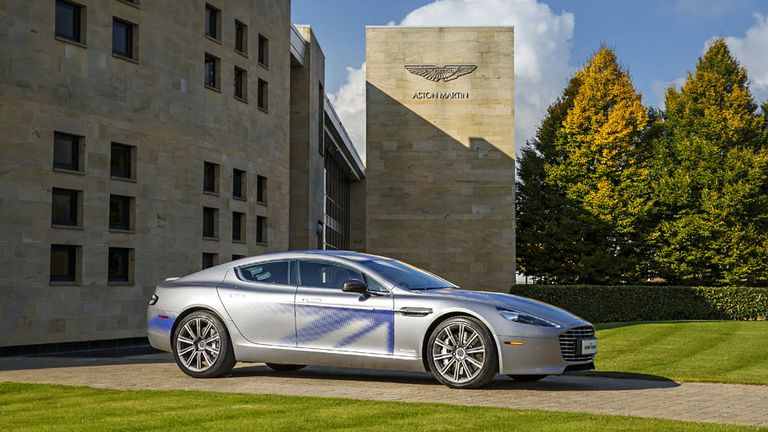 Today, Aston Martin surprised everyone by showcasing a fully electric concept version of its Rapide S.

The concept is on display outside Lancaster House in London, the venue for a meeting later today between Their Royal Highnesses Prince William, Duke of Cambridge; Catherine, Duchess of Cambridge and President of The People's Republic of China, Xi Jinping.

It's part of the British government's GREAT campaign, organised to showcase the best of what the UK has to offer.

Named the RapidE, (see what they did there?) the concept has been developed in collaboration with Williams Advanced Engineering.

Aston Martin CEO, Dr Andy Palmer, said, “We see luxury electric vehicles as an intrinsic part of our future product portfolio and welcome ChinaEquity into the next phase of study for the project development.

“The exciting RapidE concept tangibly demonstrates the capability and ambition of Aston Martin towards developing low- and zero-emission sports cars.”

Concrete details are light on the ground, but Andy Palmer recently revealed a few details to Auto Express, suggesting it could produce as much as 1,000 bph, and have a range of over 200 miles.

Of course, you won't have the sound of that thunderous V12, does that bother you? Should Tesla be worried? Let us know what you think.

Looking for something a bit more exhilarating? Check out our video of the extreme Aston Martin Vulcan: