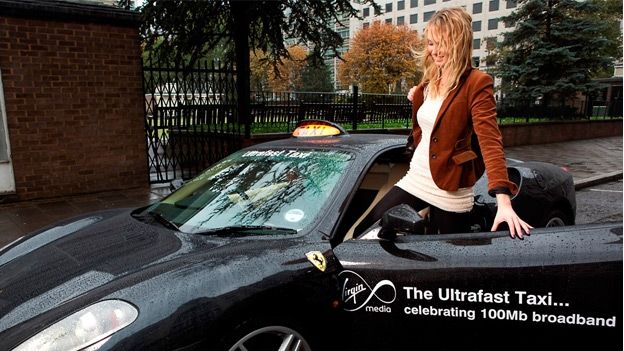 Virgin Media have confirmed that they have exceeded their own targets for setting up superfast broadband in the UK, claiming that 10 million homes now have access to 100Mbps internet.

The reason they have been able to speed past their targets for 2012 is thanks to the connection of Bromley, Dundee, Norton Hawkfield (North East Somerset) and Staverton (Gloucestershire).

This comes just a few weeks after the company announced that they would be doubling internet speeds throughout the country for their customers.

Those who have signed up to the 100Mb service will see their speeds increase to a lightning fast 120Mb, making it the fastest consumer speed available in the UK.

The roll-out will begin in February and will continue into 2013 with homes being provided new modems capable of supporting speeds up to 400Mbps. The news has been welcomed by the government, and will mean that services such as the newly launched Netflix and the gaming service OnLive will be able to gain more of a foothold in the UK market.

Are you getting what you pay for from your Internet Service Provider? Let us know via our Facebook page and through Twitter.