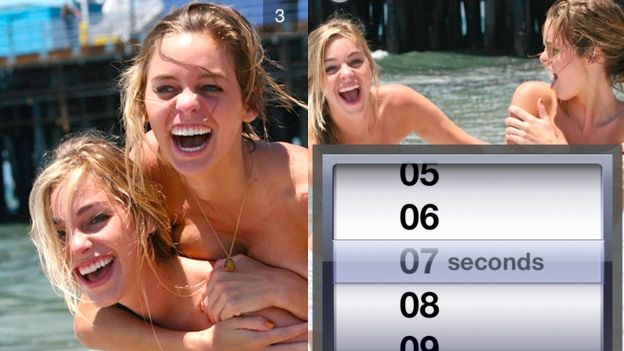 The amendment to the Criminal Justice and Courts Bill was passed last year by the House of Commons and House of Lords. It received Royal Assent earlier this week.

Change in the law means that anyone found guilty of distributing to explicit pictures of people without their permission – be it ex-partners or anyone else – could find themselves serving two years at her Majesty's Pleasure.

The Bill has been written in such a way that it covers both online and off-line distribution of explicit images and videos. That includes sharing explicit images or videos on Facebook, Twitter, Snapchat (pictured), email or even on USBs.

While the law technically covered people in the past, It was necessary to use complex copyright laws in order to have them removed from the internet. The new law simplifies the process.