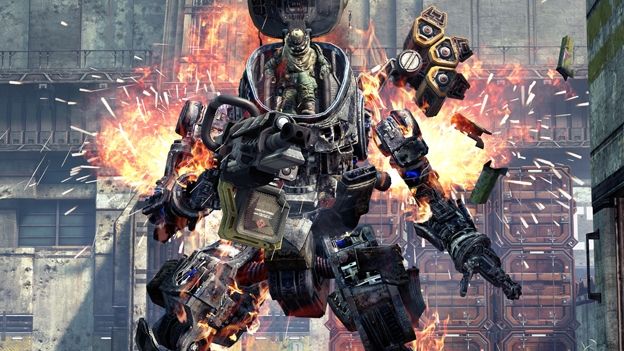 Titanfall is the UK's top selling game for the third week in a row. The man vs mech shooter Xbox One exclusive fended off competition from 2014 FIFA World Cup Brazil, to hang onto its top position although its sales reportedly dipped by 41 per cent.

The dearth of new releases means that most of the activity on this week's charts is a simple reshuffle based on sales. Call Of Duty: Ghosts has climbed two places to third position while FIFA 14 is a non-mover in fourth place. Elsewhere in the chart, Plants Vs Zombies: Garden Warfare and Battlefield 4 occupy ninth and tenth palces respectively, meaning that EA games account for half the entries in the top 10 chart.

Metal Gear Solid V: Ground Zeroes has slipped outside the top ten, but interestingly, given how much criticism the game earned for its brevity of length, it seems to be a strong seller. Konami has accounced sales figures, saying that it's shipped over a million copies of the game.

The rest of the top 10 chart shapes up as follows: