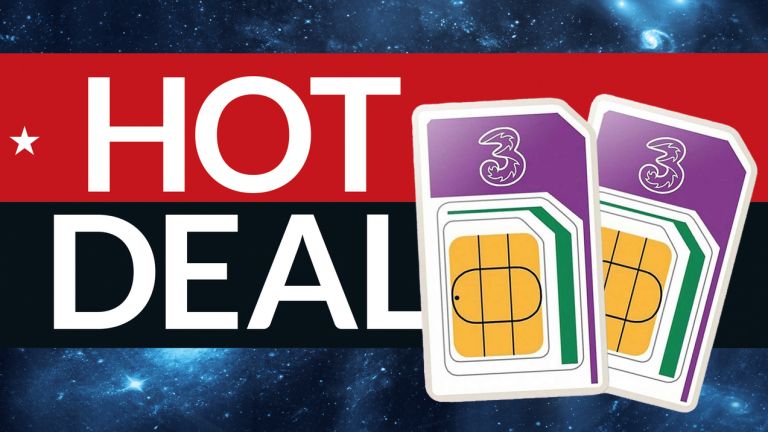 That's because Three has just dropped the motherload of SIM only deals on the table — UNLIMITED data, minutes and texts for just £18 per month. That's unlimited EVERYTHING. And, what's more, that price doesn't come with a 24-month plan, but only a 12-month one. A short contract length, and an incredible low price. No, you're not dreaming, this is the real deal. And it's available right now.

It gets even better, though. This deal also comes with free delivery, free 5G, free personal hotspot, and free roaming around the world.

This Three SIM only deal is astonishing, beating even Three's own normal unlimited data deal, which costs more and requires a 24-month contract.

It's a true Black Friday bargain, and the full details of the deal can be viewed below:

Three mobile SIM | Unlimited data, texts and calls | £18 a month (12-month plan) | Available now at Three
Unlimited SIM only plans offer the ultimate in versatility and peace of mind, with you knowing each and every month that your phone usage, no matter what you do, will only cost what your plan costs. It allows you to kiss goodbye to nasty extra network charges - what you see is what you spend. And with this jaw-dropping Black Friday deal from Three, what you spend is just £18 per month. The short 12-month contract length and awesome free 5G and roaming complete a stunning package.View Deal

Order this SIM today from Three, for free, and the network will deliver within two days, meaning you have barely 48 hours to wait until you can enjoy unlimited everything. Want to talk all night to your friends? Won't be a problem. Send more texts than Scrooge McDuck has gold coins in his vault? Not a problem. Want to stream the entire Harry Potter film series in 8K? With unlimited data you're laughing.

With multiple members of the T3 team already partaking in Three's unlimited everything SIM only deals, we find it incredibly easy to recommend this Christmas cracker of an offer, as it delivers literally everything you would want. Aside from having the deal available on a contract-free monthly roll-over, there literally isn't anyway you can improve this. Our advice is to move now if you are in the market for a SIMO deal, as this will not last long.

Want a quality mobile phone to go with that unlimited everything SIM only deal? Well be sure to check out T3's awesome best phones, best Android phones, best cheap phones and best gaming phones guides for plenty of top-rated handsets.