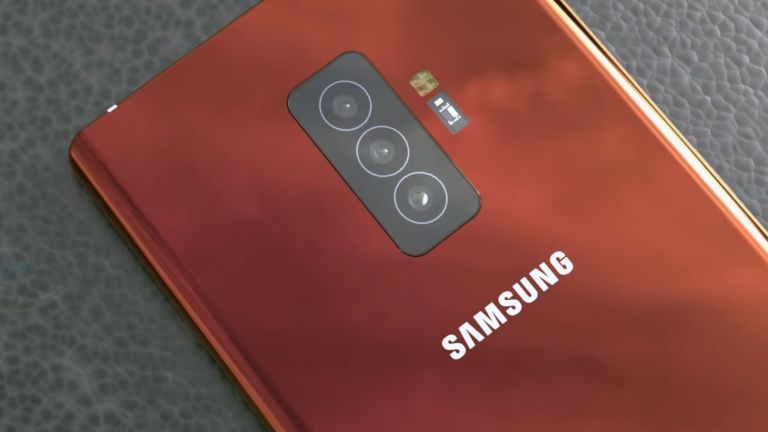 As an engineer and inventor Leonardo da Vinci sketched out designs for the first helicopter, first aeroplane, first tank and first motor car and now, in a move that suggests Samsung wants to reinvent the Note range, the South Korean smartphone maker has chosen "Da Vinci" as the codename for its forthcoming Galaxy Note10.

That snippet of info comes from Twitter user Ice Universe who has a good track record of leaking accurate info on upcoming Samsung handsets.

Previously, the Note 8 had the codename "Great" and the Note 9 was given the codename "Crown". As it happened, the Note 9 didn't bring a tonne of new features after all – a faster processor, a bit more RAM and storage, a tweaked camera and a Bluetooth enabled S Pen – so a Note 10 refresh would be welcomed by Note fans.

So what reinventions might Samsung be planning for its Note 10 smartphone when it gets unveiled in August 2019?

Given past form, the Note 10 is likely to use the same chipset as the Samsung Galaxy S10, which is set to be announced in February 2019. That's exciting, because we recently learned that a 5G Galaxy S10 is on the cards. So its almost certain that there will be a 5G version of the new Note, particularly as Samsung makes a big deal of the productivity smarts of the Note range.

It's also highly likely that the Note 10 will feature an in-screen fingerprint reader. We're expecting that to first appear in the Galaxy S10 after it was apparently held back from the Note 9.

Finally, any camera upgrade that comes to the S10 – a triple rear camera perhaps – should also make an appearance on the Note 10.

Of course, Da Vinci was also an artist, so perhaps Samsung is planning to bring more creative tools to the next Note, following the upgraded S Pen that came with the Note 9 in August of this year? That's what Korean news site The Bell is claiming in a report that says Samsung plans to further develop the pen.

There's been a lot of talk lately from companies who say they want to reinvent the smartphone market. Huawei says it is "committed to launching devices that disrupt the status quo" and Samsung wants to shake things up with its folding Samsung Galaxy X phone. And of course, on Wednesday 12 September Apple will no doubt be talking up the improvements in its new iPhones.

While we wait on further leaks and official details, check out the concept video below by TechConfigurations to see just how revolutionary the Note 10 could be.