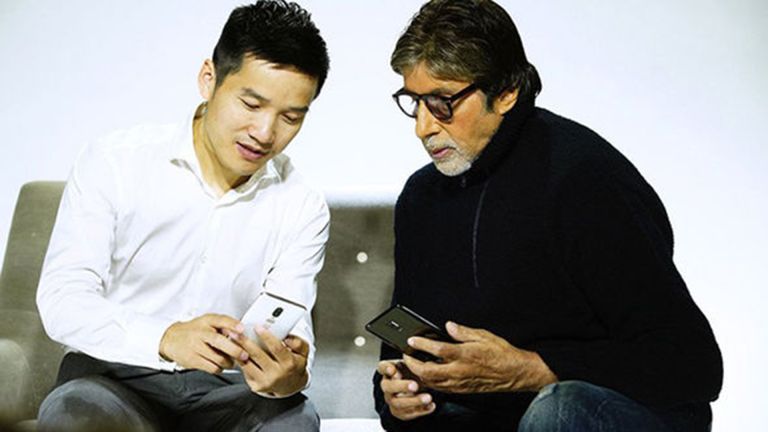 OnePlus is all set to reveal the OnePlus 6 at its May 16 event and now the handset has leaked, again. But all is not as it seems.

The image showing what appears to be the OnePlus 6 in black and white variants may have been shared deliberately.

As part of the OnePlus build up to launch, lots of specs have been revealed officially and lots more have 'leaked'. This new revelation appears to be halfway between a leak and an official reveal.

The picture was shared on Twitter by Indian actor Amitabh Bachchan who is in the picture with OnePlus CEO Pete Lau. It's a fair bet this was planned.

All that should mean this is the real handset. That means we can expect the glass back for wireless charging, a dual lens rear camera expected to be 16MP and 20MP, plus a rear placed fingerprint sensor. That on the back leaves more room for that 6.1-inch OLED display with top-notch on the front.

Expect to have all revealed at that May 16 event but before then read up on everything we know so far here.