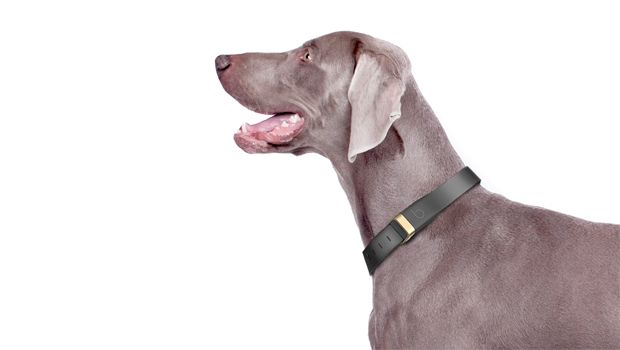 We suppose it was inevitable. Having exhausted all possible iterations of wearables for humans, manufacturers have turned their attention to animals. Introducing Beagard, an activity tracker for your dog.

It fits like a normal collar, but is equipped with sensors to monitor your mutt's activity. You'll see how active – or not – they've been while you were out and how many calories they've taken on, which is useful if you're wondering who ate that massive pie you left to cool on the side.

You can even set daily goals as well as more long-term ones, or use those proposed by the service. Either way, your pet will be on a strict regimen. Want to check if the data is normal? You can share it with a vet through the accompanying app, and get their verdict.

Like a standard fitness tracker app, you can see graphs relating to performance over time and earn trophies and rewards (though sadly there are no doggie treats).

It's powered by one watch battery, and according to the manufacturers, it will last up to a year before needing replacing. Which is longer even than smartwatches that take the same battery (they typically last six to eight months). It's also waterproof and dustproof, so no need to worry about it while Fido gets mucky in the park.

The firm claims it can upgrade the collar through software updates. It says it will soon be able to prevent potential problems for your dog by analysing the data, and then presumably sending a notification to your smartphone.

The campaign has only raised $808 at time of writing, which is a long way from the $199,000 goal. Still, there are 48 days to go, which is plenty of time. You can bone up on it over at the Indiegogo site.