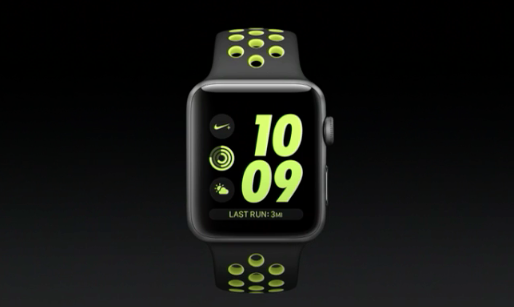 Apple Watch Nike+ is a special version of the Apple Watch Series 2 specifically intended for runners. There's a silicon band and, like the Hermes Edition, special watch faces with easy access to the new Nike+ Run Club app

Apple Watch Nike+ also includes exclusive Siri commands and deep integration with the new Nike+ Run Club app which is designed to give you the motivation to go for a run. There are also coaching plans that adapt to your schedule and progress, and guidance from coaches and athletes.

Naturally all versions of Apple Watch Series 2 have watchOS 3 - check out our guide to all the new watchOS 3 features.

Apple Watch Series 2's biggest boon is that it has GPS for fitness tracking plus a new new brighter display and 50m of splashy water resistance. This is a game-changer (for us) as we hate taking ours off in the shower. Apple has included the GPS chip so you can run without your iPhone should you wish to.

Apple Watch Series 2 records distance, pace and speed for workouts such as walking, running or cycling. You're able to record runs and then send a map to your iPhone. The demo had slow and fast colors to indicate your speed. For swimmers, Apple developed all-new algorithms after hundreds of hours of research for two new workout options, pool and open water.

A new CPU has also been added, which delivers up to two-times-greater graphics performance. The second-generation display boasts 1000nits of brightness so it can be more easily read in in direct sunlight.