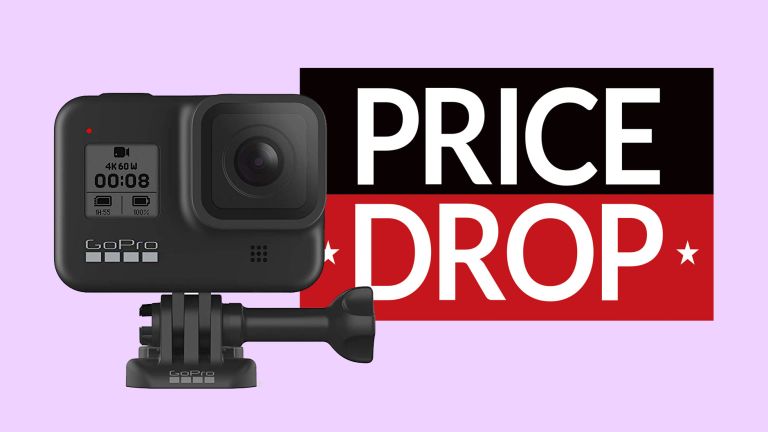 The GoPro Hero 8 Black is still a new action camera, boasting 4K video, advanced image stabilisation, and much more. But Amazon is already taking a serious chunk out of its retail price in time for Christmas - and it's even cheaper than it was on Black Friday.

GoPro Hero 8 Black | was £379.99 | now £319.00 from Amazon
Capture everything in more detail, whether you're surfing, skiing, skateboarding, hiking, mountain-biking or... well, whatever else you can think of. The waterproof camera records (and streams live) in 4K detail, with Hypersmooth stabilisation technology and shock absorbent in-built mount making for clean, clear footage of even the bumpiest rides. A must-have for adventurers.View Deal

The GoPro Hero 8 Black really is one of the best action cameras on sale today. Not only does it shoot in 4K at 60 frames per second, but it also features HDR image capabilities, waterproofing to 10 metres, and GoPro's new HyperSmooth 2.0 video stabilisation technology.

Also new for the Hero 8 is an integrated, flip-out mount, so you can connect it to a massive range of accessories without using a frame or case.

Around the back, you'll find a 2.0-inch LCD touchscreen, and there's voice control, plus GPS and three microphones.

You’ve also got TimeWarp, which will help you create the smoothest frame footage, whether you’re shooting in high speed or low speed. Then there’s even a video mode that allows you to stream HD footage live to Facebook or Instagram.

Check out our full, five-star review of the GoPro Hero 8 Black here.

With all these improvements, the GoPro Hero 8 comes in at a hefty price. But if you’re hankering for one for your next adventure holiday, or you're looking for an older model, buy one now with these GoPro deals for December.