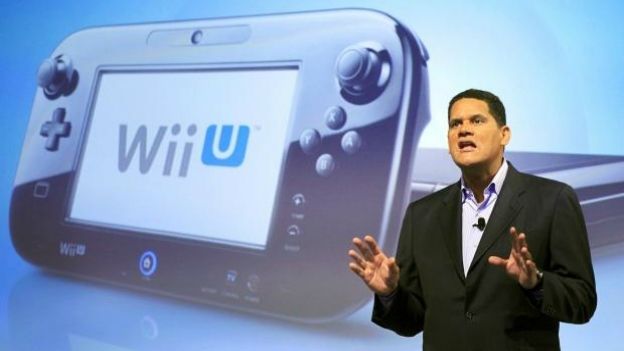 The PS4 Neo and Xbox Scorpio are real. Both are future proofing this console generation for 4K and virtual reality while also giving developers a lot more power to play with. But if Sony was surprised by the power of Scorpio then Mario has a lot more than Bowser to worry about.

Nintendo failed with the Wii U. The console stands at 12 million units sold. The great games on the system ultimately failed to win over a mass audience which, along with its underwhelming performance, resulted in a lack of third party games coming to the system. Although Nintendo has money in the bank, another failure will almost certainly put the company's hardware business in doubt.

The biggest message Microsoft had about the Scorpio was how powerful it was; the word teraflops has never been used so much before. The promotional video about the console talked about how developers want to harness the extra power to realise their creative visions. The NX needs to be powerful and have Nintendo firing on all the first party cylinders to have a chance of succeeding.

The Wii U was released at the tail end of the PS3 and Xbox 360 generation. The console launched with a decent lineup of first and third party games, but developers had already switched over to developing for the more powerful hardware of the PS4 and Xbox One. Creating experiences for a platform with the same capabilities as a console they'd just moved on from wasn't appealing. Nintendo needs to ensure history does not repeat itself.

The NX is surely more powerful than the PS4 and Xbox One at least. If a console releasing in 2016 isn't more capable than two released in 2013 then Nintendo is in trouble. Developers aren't going to be enticed into making exclusive experiences for the new platform if it's already more restrictive than hardware they're already creating games for.

The NX needs to do what the Wii U didn't and future proof itself. Supporting 4K gaming and matching the performance of its competitors will do this. Furthermore a ton of compelling first and third party games need to hit they system, that not only make the die hard Nintendo fans run out and get the console, but it needs to be viable console that can hold its own on a store shelf.

The lineup of first party games on the Wii U has been drying up for a while now. Nintendo first party developers shifted over to NX development when the company realised their last console was a sinking ship. So you'd imagine all these developers will be putting out awesome games alongside the console when it launches in March 2017.

Apart from the anomaly of the Wii, Nintendo has seen a decline in their console sales every generation since the NES. The NX needs to buck that trend and show gamers that Nintendo provides a console option as capable as Sony and Microsoft.

Nintendo is used to doing its own thing. They have long abandoned a traditional press conference in favour of Nintendo Directs. But for their next console they need to look at their competitors closely and adjust their upcoming console accordingly. They can't afford to come last in this race again. A powerful console, great first party games and rekindling third party partnerships sounds like the beginnings of something great, and it's been a long time since I said that word about Nintendo.