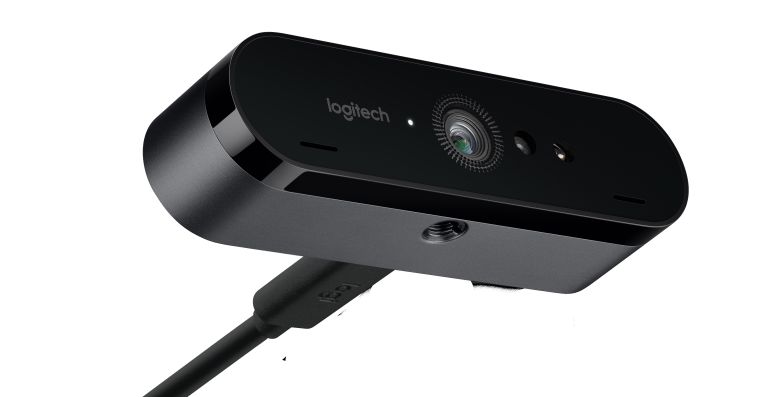 Logitech has just announced the launch of the Logitech Brio 4K Stream Edition, a new Ultra HD 4K camera that enables you to create impactful live streams for gaming and broadcasting.

It offers a hyper-fast framerate, operating at a cool 1080p/60fps when using frame rate priority mode (which is perfect for life-like videos with reduced lag or delay). There's also the ChromaCam AI background neutralizer app so you can blur, remove or replace clutter for a professional-looking image wherever you stream. Add to that customisable angles and a free 12-month premium XSplit license with every unit and you've got one full fat package.

The Logitech Brio 4K Stream Edition is available for a recommended retail price of £219.99.

If you happen to be in Berlin next month for the annual IFA expo, Kodak Pixpro have a little surprise for you. The firm is giving visitors the chance to be some of the first try out the brand new and as-yet-unreleased Kodak Pixpro's 4K VR action camera.

Kodak Pixpro will be offering a 360 degrees tutorial workshop at IFA 2017 taking things to new heights with a VR flying machine and a small robot fitted with its 360 degree action cameras, allowing stand visitors to explore in a new dimension their 360 degree VR videos, creative vision and passion.

The Kodak Pixpro 4K VR action camera will be released later this year with a price tag of £499.

Normally reserved for reading the input levels of musical instruments in recording studios, this cool feature shows the music playback level status at a glance, so you don’t just hear your music – you can see it too.

The Meters Music Cubed Wireless Speaker System is available now with a price tag of £199.99.

Canon has just unveiled a new 3-in-1 multifunctional inkjet printer range for you to print, scan and copy at home. The updated PIXMA TS Series features Wi-Fi connectivity, is stylish, compact and - more importantly - easy-to-use.

The range includes the PIXMA TS5150 (a practical and affordable printer that uses a single ink design for quick home document printing), the PIXMA TS6150 (a compact and high performing 5-colour ink model), the PIXMA TS8150 (featuring a brand new 6-colour ink system) and the PIXMA TS9150 (the top of the range premium model perfect for beautiful photo prints).