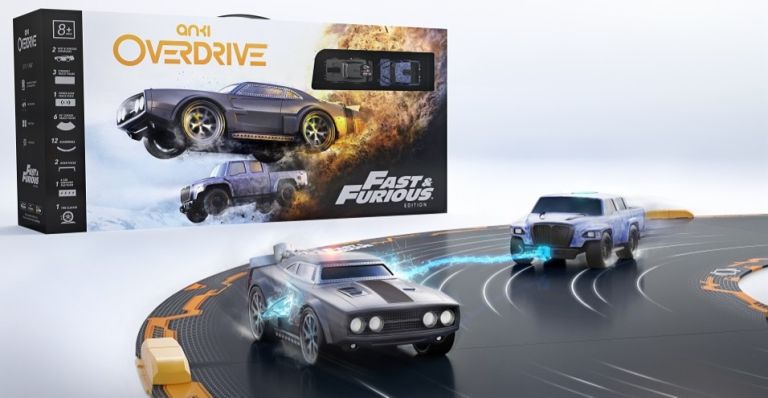 In today's Wednesday edition of the T3 Agenda, we prove toys aren't just for kids with the Fast & Furious Edition of the Anki Overdrive, a new RGB-illuminated mousepad from SteelSeries and more...

Robotics specialist Anki unveiled the Overdrive (a robotic set of toy supercars and tracks that works a bit like Scalextric but you control them with your phone) back in 2015, so to celebrate the release of Fate of the Furious in cinemas, the firm is releasing a special Fast & Furious Edition.

The new set features two cars based on vehicles from Fast 8 - including Dom Toretto's Ice Charger and Hobbs' MXT - but sadly doesn't come with a submarine that bursts from an ice cap and fires torpedoes. Still, it'll let you race two rad-looking cars with your phone and relive your childhood/celebrate the fact it never ended. Oh and it comes with a special F&F-themed track piece.

SteelSeries continues its campaign to takeover the PC and gaming peripheral world with the launch of the QcK Prism Gaming Mousepad, the world’s first dual-surface RGB illuminated mousepad. It features a premium micro-textured cloth that adds friction for more deliberate movements and a hard polymer surface for a fast-paced glide.

The QcK Prism is now available at steelseries.com/qckprism for £69.99 and online retailers including Amazon.

Are you looking for a stylish looking Bluetooth wireless speaker that also happens to be an alarm clock? Sounds like you might be in the market for the Mixx S3 from Mixx Audio.

The S3 uses Bluetooth 4.0, enabling it to easily connect to any audio device such as smartphones, laptops or tablets within 30 feet/10 metres and has a rechargeable battery with up to seven hours music playback. There is also the option of an additional back up battery option to retain clock time and alarm should you need it.

Available in pink and black, with anti-slip base to reduce surface vibration and dual speaker design for bass and detail, the S3 is packed full of extra features including plenty of alarm settings to ensure even the heaviest of sleepers is roused from slumber.

The Mixx S3 from Mixx Audio is available from www.mixx-audio.com now with a price tag of £40.