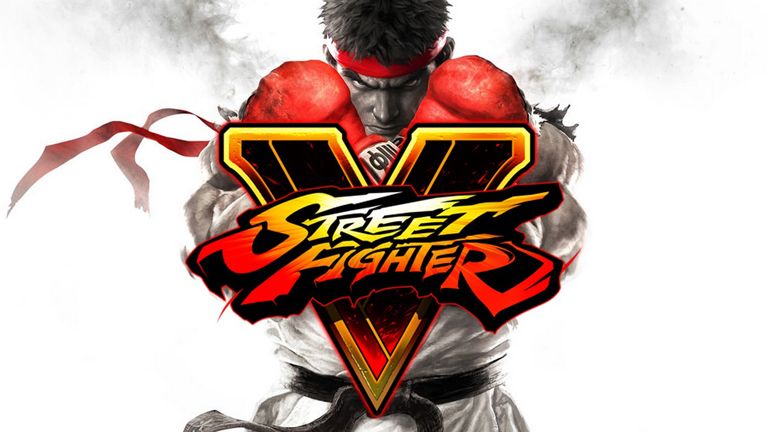 So yesterday T3 attended the Street Fighter V pre-launch event held in Soho, London. Series producer Yoshinori Ono was in attendance, as well as loads of PS4s, fightsticks, Street Fighter V fortune cookies, Japanese beers, DJ decks and, crazily enough, a bunch of in-game characters themselves. We'll get to Ryu and company in a minute, but first up let's talk about the new game and hardware.

The great news is that Street Fighter V is still Street Fighter. In terms of basic mechanics, movement and attacks, it's business as usual. Yes, if you're a high level player, then there are changes that you'll need to get to grips with - such as V-Skills, V-Reversals and V-Triggers - however on the whole the game remains the same super slick and balanced versus fighter that it has been for almost 30 years now.

What has changed, arguably, is the game's accessibility, with players new to the genre of versus fighter treated with kid gloves at easier difficulty settings. Getting through 'Survival' mode on easy is, well, super easy - and we imagine it is exactly as easy in 'Story' mode. In fact, even on Normal we found it relatively easy going when facing off against the computer and, while we have fond memories of playing Street Fighter II in the arcades, here at T3 we are hardly versus fighter masters. Basically, the game seemed incredibly approachable, no matter your gaming level.

One other thing that has changed, and quite markedly in our opinion, is the art style of the characters. There's really no better way to describe the way the characters look than "super steroidy", with muscles so big and defined that some of the characters now barely look human. Also, while we're on this point, Ken does not look like Ken for some bizarre reason we can't quite put our finger on. In contrast, the backdrops remain classically Street Fighter, as too the music and sound effects.

In terms of flat out new additions, Street Fighter V brings four new characters to the roster straight off the bat, with combatants F.A.N.G, Necalli, Rashid and Laura joining the fray. Each character has a distinctive look and, in some cases, an interesting fighting style. Other new characters will also be available to unlock throughout 2016 by earning in-game Fight Money.

While we're talking flat out new additions, Mad Catz was in attendance at the pre-launch event demoing its new, tie-in, fightstick hardware range. Mad Catz has kinda gone all out for V's release, with more than five new pieces of hardware available. These range from top-of-the-line, full-sized fighting sticks such as the Street Fighter®V Arcade FightStick™ Tournament Edition 2+, through light, half-size offerings such as the Street Fighter®V Arcade FightStick™ Alpha and onto actual gamepads like the Street Fighter® 5 FightPad™ PRO. T3 was impressed with the range, build quality and functionality of these products and, in contrast to a standard PS4 control pad, there was definitely varying degrees of improved control when using them. We'll be looking to take a closer look at one of these sticks on launch, so keep your eyes peeled to the site for that over the next month.

So what about Ryu and co? Well, and this was pretty darn cool, Capcom had hired a series of stunt performers to dress up as characters from the game, with Ryu, Ken, Chun-Li and more in residence. What made this even cooler was the fact that they put on a 10-minute show too where a series of choreographed staged fights took place. It was a small part of the overall event, however it definitely added something and it was great to watch Ryu beat Ken with a Hadouken finisher. It was also great to get up close and personal with series producer Yoshinori Ono, who brought his trademark joie de vivre to the event.

Overall then Street Fighter V looks the buisness and, from what T3 has played and seen at yesterday's pre-launch event, it's hard not to suggest that this will be the fighting game of the year. It looks and runs great, with an unfalteringly high frame-rate, and quickly delivers an enjoyable versus fighter experience across various game modes without demanding technical excellence from its users. Equally, the hardware that Mad Catz has created as official partner is really solid and varied, with the premium Sanwa joysticks and buttons helping to bring the arcade experience into the home.

Mostly though, T3 learned that you're never too old to get your HADOUKEN on!