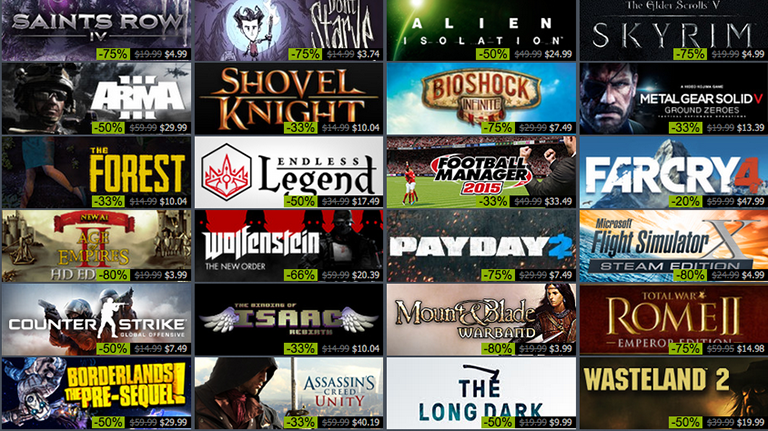 That's right everyone, the Steam Winter Sale is upon us once more. It's the time to lock up your daughters, close the curtains and boot up Steam to gorge on a feast of gaming deals.

This year the feast begins on the 22nd of December, with PayPal breaking the news via a weird Twitter poll thing that encouraged people to Tweet #WinterSale. Clearly both Steam and PayPal are looking to drum up some excitement before the sale begins.

And, to be honest, they need to this year. The last two or three years of the Steam Winter Sale has been a bit anti-climatic if truth be told, with a strong opening then petering off rapidly.

Flash sales and daily deals have disappeared, which is good in the sense that you don't have to constantly be checking Steam for hot deals, yet bad in the sense that all the deals are available all the time, removing something of the  drama. The discounts have also been less impressive overall.

Here's hoping then that jolly old Saint Gabe and his gaming gremlins have got something special prepared for us this year. Check in on December 22nd to find out...