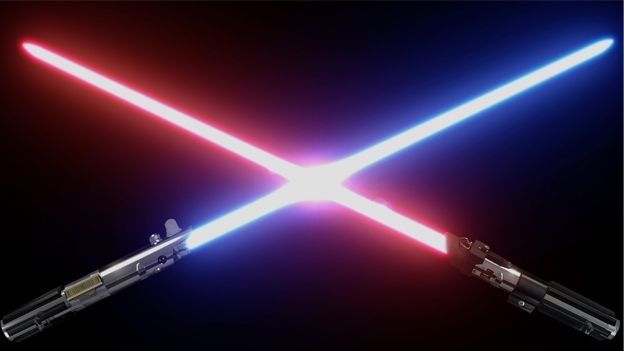 As we await Disney serving out the next Star Wars: Episode VII tidbit, it's probably apt to look back at the most iconic companion the Jedi has ever had...

Star Wars creator George Lucas has shed light on his famous lightsaber - the Jedi Knight's weapon of choice - explaining its origin and what influenced its conception.

A 15-minute featurette has been made available on the internet, detailing the creation and history of the lightsaber. The mini-documentary goes into great detail about it's origins, meaning, and the technical aspects to make it appear on screen.

Birth of the Lightsaber was first seen as a special feature on the original Star Wars trilogy's DVD boxset in 2004, but this is the first time it's actually hit the world of the web.

The featurette gives away a few interesting secrets, in particular how sound designer Ben Burtt created the legendary lightsaber accidentally through electronic feedback.

We've included the video below, so check it out for an insider look at how one of science fiction's most elegant weapons was created.