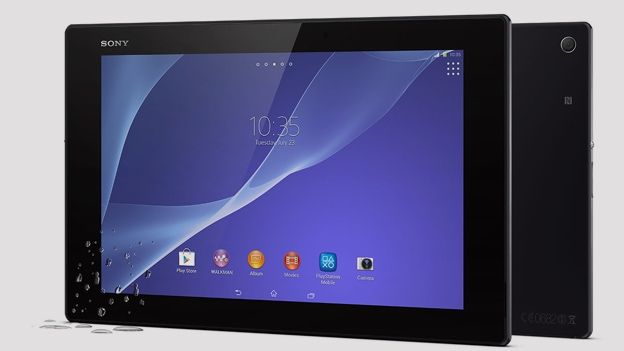 The Sony Xperia Z2 tablet, dubbed the thinnest and lightest waterproof tablet in the world, is now available to purchase on the company's website.

The Sony Xperia Z2 tablet will set you back £399 for the base model in the UK.

The Xperia Z2 tablet is powered by a quad-core Snapdragon 801 processor backed up by 3GB of RAM, and comes with a full HD display on board.

It runs Android 4.4.2 KitKat and is coated entirely in aluminium, making it resistant to both dust and water.

Sony is also offering free delivery and 0% financing on the Xperia Z2 tablet, which is set to launch internationally in April.

At just 6.4mm thin Sony claims it is the thinnest and lightest waterproof tablet in the world.

The Xperia Z2 tablet is more than just a simple upgrade to the Xperia Z1 Tablet with refreshed internal specs packed in a much thinner and lighter device.

The Sony Xperia Z2 is available at Sony from £399.