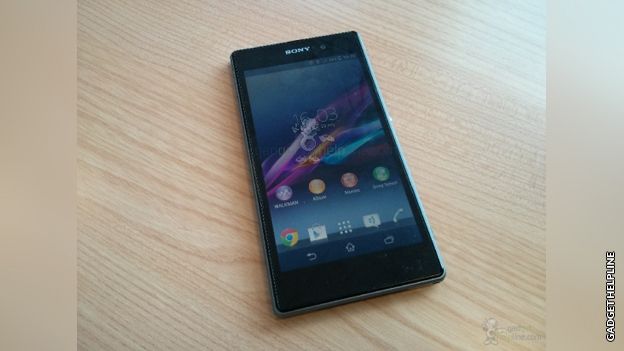 The Sony Xperia i1 may come with support for filming 4K content, according to details of a leaked slide.

The leaked slide was posted on Chinese social networking site Weibo. It appears to be from an internal Sony presentation detailing the Xperia i1 – codenamed Honami.

The post has since been removed from the social networking site.

Judging by the slide, 4K functionality will feature heavily in the phone's marketing.

Sony is hedging its bets on the new display format. It is designed to replace the current 1080p high definition format in the coming years.

In addition to the ability to record HD footage at 4000 x 2000 pixels, it also comes with a 20 megapixel rear facing Exmor R camera. The Xperia i1 is also said to feature a 2.2 megapixel front facing camera for video calls.

Interestingly, the HD resolution is slightly larger than Sony's ultra HD resolution format. Sony's current TVs on the market featuring ultra HD use a resolution of 3,840 x 2,160. Whether this hints at a change to that standard or simply redundancy remains to be seen.

The features fit in with previous reports around Sony's upcoming smartphone. Early rumours positioned it as a high-end camera phone.

Last week, an IFA marketing shot featuring the phone was leaked. It suggests that the phone may come with a curved back, as opposed to the straighter lines of the Xperia Z.

Previous leaks have revealed the phone's screen to be a five-inch 1080p display. They have also suggested that the handset will be powered by Qualcomm's Snapdragon 800 processor – which is capable of recording 4K video – 2GB of RAM, 16GB of internal storage and a 3,000mAh battery.

Alongside the 20 megapixel rear camera, it is also rumoured to feature a two megapixel camera for video calling, 4G LTE and NFC support.

More about Sony Xperia i1