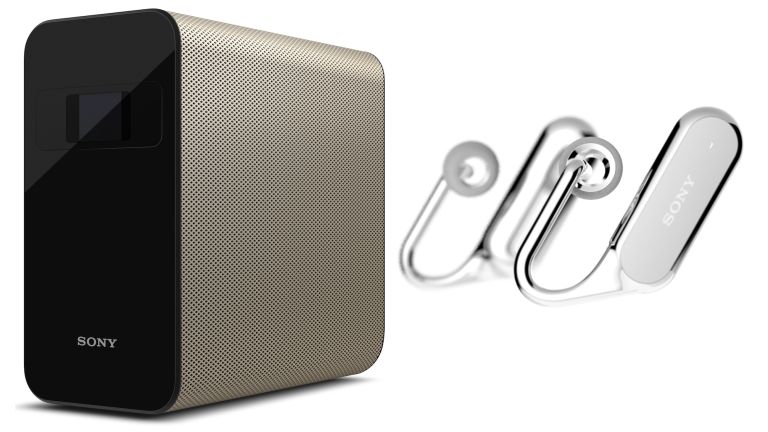 Xperia Touch is an interactive projector that turns any flat surface into a 23-inch HD touchscreen, with either horizontal or vertical ultrashort-throw projection. It manages this thanks to Sony's SXRD projection display technology, with touch made possible through a combination of Infrared light and real-time detection via build-in cameras (60 fps).

Speaking on the release of Xperia Touch, Hiroki Totoki, Presiden and CEO of Sony Mobile Communications said that:

Xperia Touch is set to retail through the Xperia Store Online and selected retailers Spring 2016, with a launch price of €1499.

Xperia Ear "Open-style Concept" is a prototype product based of audio technology developed within Sony's Future Lab Program. The "open-ear" technology allows users of the headphones to listen to music and receive notifications as normal, however also - simultaneously - clearly hearing the world around them.

Key to the Xperia Ear's operation is two powerful spatial acoustic conductors, which work together with the set's driver units to transmit sounds directly to the ear canal, allowing both in-ear and out-of-ear sounds to be clearly heard. As to be expected, just as Xperia Ear makes use of Sony Agent Technology (a personal assistant), so too will the Xperia Ear "Open-style Concept" when brought to market.