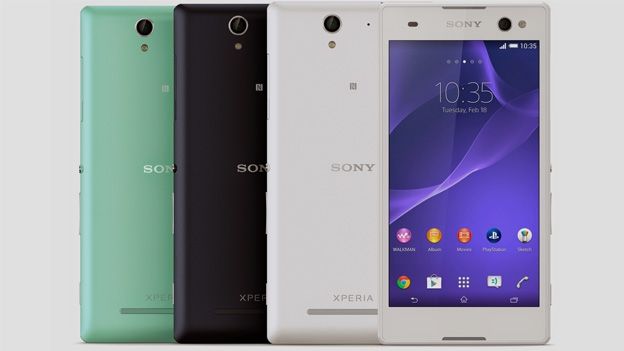 Are you always dropping selfies on Instagram but never getting more than three likes at a time? Maybe this is the answer...

Sony has launched a new smartphone, the Xperia C3, which it calls "the ultimate newsmartphone for selfiesand social sharing."

“The rise of selfies shows no signs of abating – its usage has increased by 17,000% since 2012 with the word officially being added to the Oxford English Dictionary in 2013,"says Calum MacDougall, Director of Xperia Marketing at Sony MC.

We're excited to offer SONY's first 'PROselfie Smartphone' and play a part in this global phenomenon."

The snap-happy blower sports a wide-angle 5MP front-facing camera, a 5.5-in HD display, and a 1.2GHz quad-core Snapdragon CPU.

Features include new apps like Superior Auto, which changes your camera settings to create the perfect shot, and Portrait Retouch v2, promising to keep you picture perfect with a real-time makeover, frame options, and magic eye beam effects.

PRv2 offers 10 different beauty styles, four of which are for guys, and the ability to retouch up to two people per photo.

"Social live lets you broadcast every moment as it happens live via Facebook. Get your friend's response right on the screen and keep the conversation going, all in real-time, and go beyond social sharing as you know it."

Additional specs include 4G/LTE support, 8 gigs of selfie-storage, and 1GB of memory. The device is just 7.6mm thin, and boasts dual-sim technology.

Check out the launch video below: