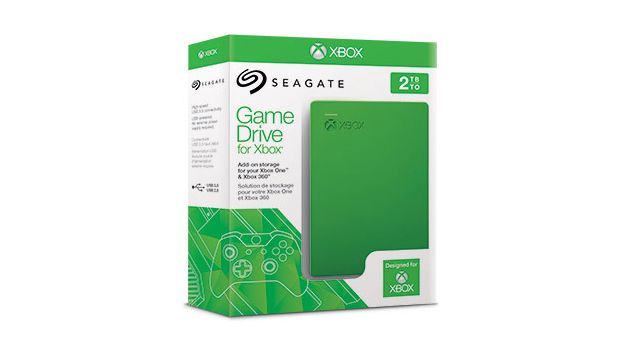 It's public knowledge that current-gen video games consoles don't have enough internal memory and to remedy that Seagate has come to the rescue with an Xbox One ready external hard-drive.

Microsoft is teaming up with Seagate to release the 2TB Game Drive for Xbox that adds a huge amount of extra memory to the paltry 500GB hard-disk drive that ships inside the Xbox One console.

The drive, which also works with the Xbox 360, possesses a speedy USB 3.0 connection to facilitate almost immediate plug-and-play, although hardcore gamers will be disappointed that neither company has said whether the lime green beast will run at 5400 rpm or 7200 rpm.

Even though a release date has yet to be confirmed it does have a recommended retail price of $109.99 so we can expect it to be priced at slightly shy of that in pounds and ready for when the Xbox One is fully up and running on Windows 10 later this year.

Having a huge amount of space available for games on the current generation of consoles is getting more and more crucial as developers hand games over that often require a substantial download on launch day to function correctly. It means the 500GB HDD is soon becomes nowhere near sufficient enough for even the lightest of users.

It's also very important considering how many more full titles gamers are downloading straight from the Xbox Games Store and the 2TB of extra space will keep gamers at bay. Until they fill it up of course.