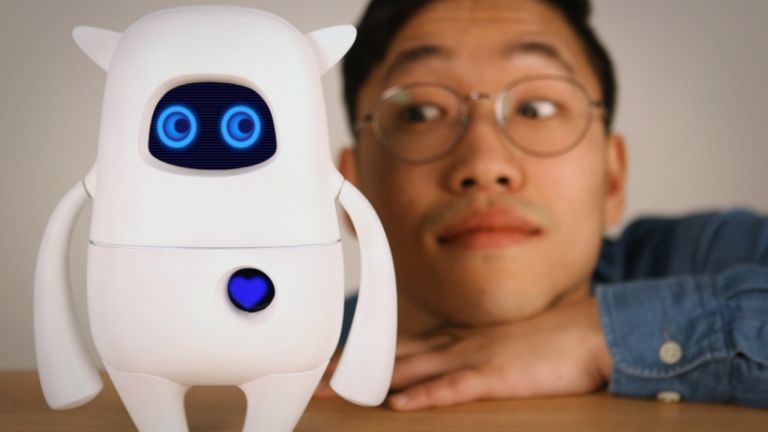 Robots: they can be scary, they can chase you and hunt you down, or they can creep you out with their little magnetic legs. But now there's a nice one, who just wants a chat.

Musio is the adorable little robot that you can talk to (he's the one at the front). Developed by a company called AKA, the Android-based android prototype was recently launched on Indiegogo and is described by the creators as a “kind, crazy and smart friend”.

According to AKA, it uses artificial intelligence and deep learning to chat to you, learning from conversations. In the same way that Siri or Google Now does, Musio can also remind you of important dates, send emails, answer questions and tell jokes.

The Korean-based firm developed the robot to help Asian people improve their English skills. The creators said the robot can also “grow with you” – meaning it will change as it gets to know you, responding to your moods.

It's currently available for purchase on Indiegogo, where the most basic version starts at $159. The chatty versionstarts at $559. The developers have already raised over $20,000 of their $50,000 target.

The robot can also connect with other devices via Bluetooth so it will be able to control you heating, lighting and other connected home stuff. Presumably, if you upset it, Musio could possibly lock you out of your house. Let's just hope it doesn't get any ideas from watching Demon Seed on Netflix.